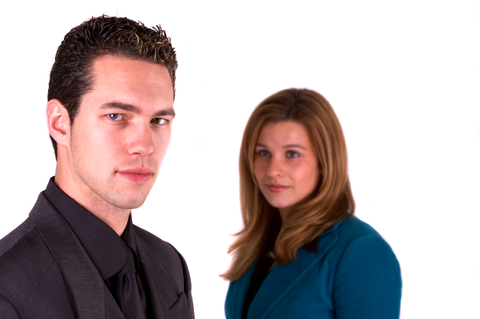 One of the most psychologically interesting (and disconcerting) features of romantic life is the mismatch between what we think we want and what we actually desire. Few things illustrate this more clearly than who we become besotted with.

In everyday life, most of us accept the pleasant delusion that we are rational beings who behave in predictable ways. But then someone dazzling comes along and all that rationality goes out of the window.

If it’s powerful enough, that attraction can turn to obsession. They dominate our waking thoughts, they become an irresistible force of attraction, and their behaviour can make our moods bounce around like a punch-drunk frog on a trampoline.

A romantic obsession that strong is known as limerence. It feels like being addicted to another person. Once captured by such an obsession, we have to confront some challenging questions about who we really are, what we really want, and why some people have the power to overwhelm our senses. And our sense.

To really understand why we become obsessed with certain people, we need to recognise that there are actually several parts to the basic “why” question:

Why do I become *obsessed* with certain people?

Why do *I* become obsessed with certain people?

Why do I become obsessed with *certain people*?

Let’s answer them one by one.

What is romantic obsession?

Fundamentally, obsession is a process of the mind, and so it has its roots in neuroscience.

We are built to seek reward – it’s a deeply embedded neurological drive, which allows all animals to discover good things in their environment, benefit from them, and learn how to secure more in the future. At the simplest level this is obviously essential for finding food, shelter, security, a mate, and all the other things that animals need to thrive. For humans, things are predictably more complex – social rewards are a bit more abstract that juicy food, but they can be even more pleasurable.

It’s not hard to understand why romantic attraction is rewarding – it’s one of the most thrilling, exhilarating, euphoric experiences in life. What’s less obvious is why this emotional rush can turn into an involuntary obsession. What causes that transition from giddy high to inescapable yearning?

The neuroscience of limerence is best understood from the perspective of a behavioural addiction. When we get properly infatuated with someone, we do, literally, experience an altered state of mind. That was the defining feature of limerence proposed by the psychologist who first developed the concept, Dorothy Tennov.

The processes of arousal, reward and bonding that drive us to seek romantic connection to another person can be pushed into a state of self-reinforcing hyperactivity. Uncertainty can strengthen desire, desire turns to craving, and if the period of uncertainty persists for long enough, anxiety kicks in and makes everything seem more urgent and desperate. Obsession marks the point where one person becomes fixed as the most desirable, most rewarding, but also infuriatingly unattainable object in life (a literal “limerent object”).

Who is prone to romantic obsession?

We all share these same basic neural systems for reward, arousal and bonding, but it doesn’t take much life experience to notice that people differ significantly in their tendency to become romantically obsessed. This present a conundrum: why are some people more vulnerable than others?

It is difficult to estimate the number of people that succumb to the life-disrupting infatuation of limerence, but the best guess at present is about 5% of the population. Limerence appears to be more common in introverts, during adolescence, and in midlife. Beyond that it is hard to identify definite patterns – romantic obsession strikes people who are male, female, gay, straight, or other.

Similarly, there seem some obvious parallels between romantic obsession and various mental disorders or insecure attachment styles, but there just isn’t enough evidence to conclude that these phenomena cluster together (and there are plenty of examples of people who are limerent but free of those other burdens). The community here at LwL has folks from a broad range of demographics. Romantic obsession seems to be a widespread phenomenon.

Perhaps a more significant issue than what groups you identify with, is how your life is going in the present. Limerence frequently strikes people at times of stress, loneliness, or bereavement. Unhappy marriage can be another big factor, as can drifting through life in autopilot mode.

Vulnerability to infatuation increases as mood declines. Many people use romantic fantasies and daydreams as a form of mood regulation, and this can sometimes tip over into full-blown obsession.

What is it about certain people that triggers obsession?

There are lots of attractive people in the world, and they can be beautiful, charismatic, and fascinating. Some people are excellent company, some are hilarious, some are admirable and upstanding. So, why do we only become obsessed with certain people? And even more baffling, why do we sometimes become obsessed with people who have none of the apparent virtues listed above?

The idea that we each have a romantic type has some academic support. Scientists have speculated for years about what it is that makes people attractive – scent, immunological compatibility, resemblance to parents (for good or ill), facial symmetry, etc. etc.

In reality, of course, it is going to be a complex mix of factors, because romantic attraction is highly idiosyncratic. We’re all shaped by our personal history. Who bewitches us will depend on the homes we grew up in, the experiences we had as our sexuality developed, the people who were around at that critical period of life, and the relationships we had as we reached maturity. That mix of influences will determine who becomes laid down in our subconscious as an “archetypal mate”.

Beyond that weird alchemy, though, it is worth acknowledging that some people are shameless peacocks. They can set out to seduce – to manipulate others (consciously or unconsciously) into infatuation. These are the limerent objects who are bad news: the narcissists, flirts, flakes and assorted other rogues who delight in securing obsessive devotion in others.

There’s no doubt that some people are beguiling; they use a combination of hope and uncertainty to reinforce limerence, through intermittent reward, mixed messages, love bombing, and other forms of psychological coaxing.

The challenge, then, is figuring out how much of the obsession is about you and how much is about them. It is happening inside your head, and that is where it will need to be addressed if you want to overcome the infatuation, but it is also important to take a dispassionate look at whether their behaviour is making things worse.

We become obsessed with certain people because we have fundamental neural systems that drive us into a state of infatuation, and these can be overactivated at times in our lives when we are vulnerable to the romantic potential of a person who matches our subconscious template of a desirable mate.

Managing and reversing that obsession is a whole other challenge.

The best cure for limerence