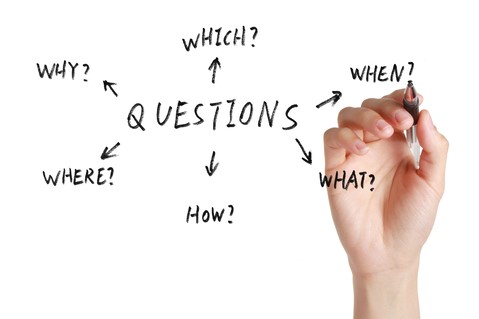 From time to time I speak with journalists about limerence and its implications. The latest time was just this week, and the last question she asked me was:

If there was one study you could carry out about limerence what would it be?

I went with my immediate impulse: an unbiased survey to finally try and answer the question about how common limerence is in the general population.

So far, we’ve had to rely on indirect estimates or “clinical judgment” (aka an educated guess), but I’d like to know for sure.

After the interview was over, though, that last question got me thinking. Going beyond the basic question of how odd we are, what other things are worth knowing about limerence? Let’s say we had a healthy budget for a newly incorporated Institute for Limerence Studies, what would the research priorities be?

Having reflected on this a bit, there are some big unanswered questions that nag at me, and should be tractable to sensible enquiry. So, here’s my outline proposal, just in case any curious millionaires in the commentariat would like to invest in a new enterprise:

Experience from running the site for 5 years suggests that limerence is an equal opportunities affliction. I can’t see an obvious pattern from the anecdotal evidence. All the players in life’s rich pageant are represented.

But it would be good to get some concrete data, just to know for sure.

The next big question is does limerence correlate with any other conditions – mental health, attachment style, other addictions, personality traits?

There’s a lot of speculation about this among therapists and psychologists who have an interest in limerence, and (as I’ve commented before) it’s easy to find parallels with other conditions, but for the most part it’s all speculation and inference. No good data.

Some people are repeatedly limerent throughout a large portion of their lives, switching from LO to LO as time progresses, but always seeking the thrill of euphoria as a craving and a goal. Some people spend most of their adult lives without experiencing limerence at all, and then get hit for the first time in their autumn years.

I’d love to see a population distribution on this. Are there some people at the tails of a bell curve, with most limerents somewhere in the middle around an average? Or is it a more interesting phenomenon, with some sort of power law that has most people with a small number of limerence episodes and some with an astronomical number (as is seen for the number of sexual partners in a lifetime)?

My instinct is that this would tell us something important about the connections between limerence. libido and love.

Basically the same question, but from another perspective. The statistic that is often cited for how long limerence lasts is 18-36 months. But as with the previous estimates, this is essentially an informed guess rather than a rigorous analysis.

As a general rule of thumb, distributions tell you a lot more about the nature of a phenomenon than averages, but this is not an easy dataset to gather. I mean, how long did your last limerence episode last? Could you put an even moderately accurate number on it?

5. How does limerence affect cognition?

OK, this one is a bit more esoteric and personal, but I’d really like to run a battery of cognitive and psychometric tests on people before, during and after limerence. A very difficult experiment to arrange, but if Tennov is right, and the lived reality of limerence is not just an illusion, we are operating in a fundamentally altered state of mind during limerence.

But how, exactly, is it different? Are reaction speeds faster? Do complex mental tasks get easier or harder? How creative are we? How good at making abstract connections? What about mental stamina?

The scientist in me wants to know what is really going on in the brain as a consequence of the emotional amplification of limerence.

Obviously, subjecting people to an endless battery of tests, exposing them to a new LO, running them through the gauntlet of a limerence till they drop, and then tallying up all the numbers is a totally proportionate and practical plan.