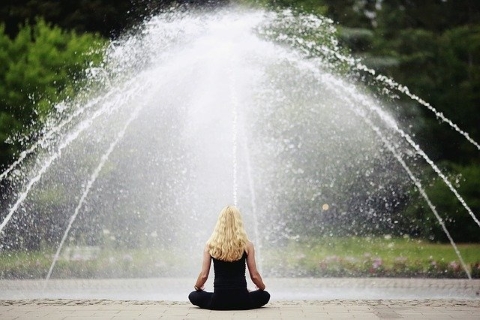 Dorothy Tennov described limerence as an altered mental state. In her early work in understanding romantic attachment, she gathered and curated the self-reported experiences of people who were distressed by the intensity of their infatuation for another person. This led to the list of symptoms that she used to define limerence as a phenomenon.

In her later work, she was more focused on understanding limerence at a psychological and physiological level. She had reached the conclusion that limerence is an “either/or” condition – you are either in limerence, or not in limerence. That frames it as a distinct mental state, where the limerent has an altered state of mind compared to ordinary life – with a (presumably) definable neurochemical basis.

As I’ve previously outlined there are some issues with this theory from a neuroscience perspective. One is that the underlying physiological processes (arousal, motivation, reward-seeking, pair bonding, etc.) vary with time, and interact with each other, leading to a complex stew of influences that aren’t easily separated into an on/off state. Another is that limerence as an experience also changes profoundly with time – starting off as euphoric excitement, but progressing to involuntary obsession. Clearly, the neuroscience of those phases will be different.

Nevertheless, it is worth spending some time on defining the symptoms of this “altered state of mind”. There are a number of common experiences that limerents go through – universal experiences according to Tennov – that really do feel like our whole perception of the world has shifted. This is the personality-altering “fog” that betrayed spouses see descend on their limerent partner, or the reality distorting lens that limerents see through.

I’d say there are four main aspects to the phenomenon.

In early limerence, the world seems more bright and full of promise. There are the incredible highs of limerent euphoria, but there is also a general baseline increase of energy and optimism. There’s a spring in your step, a sense of promise and opportunity, an increased awareness of the positive things in life. You feel enlivened. Energised. You smile to yourself about your wonderful, secret source of joy.

As time goes on, that state of bliss deteriorates. If you are able to get emotional satisfaction – either by consummation or outright rejection – the uncertainty that fuels limerence will vanish and the euphoria will fade, returning you to your ordinary state of mind. If you cannot get certainty, because of barriers or an unreliable LO, then you transition into a frustrated state of limerence limbo.

The euphoria of early limerence is a much nicer state of existence than the comparably flat emotional landscape of everyday life. As such, we want more of it. We are drawn to the reward of the emotional high that LO causes, and so we seek it avidly. LO becomes the primary source of reward in our life.

As I’ve previously discussed, the neuroscience of reward and motivation is driven by two phenomena – wanting and liking. The “dopamine high” of reward is actually the wanting part, the craving for more LO contact.

Once you are in a state of intense motivational drive for LO reward, your behaviour changes profoundly. Most limerents report a higher level of motivation overall. If you used to hit snooze ten times in the morning, the prospect of seeing LO at work now launches you out of bed. If you struggled to get to the gym in the past, now that you have an LO to impress with your future hot body, it’s a doddle.

Many limerents are also more impulsive during this phase. They will change plans at short notice, buy spontaneous gifts, take trips – and take risks – that they would not have before, especially if it increases the chances of LO reward.

Finally, all this different behaviour requires explanation, so limerents are much more creative in their rationalisations. When you get into the hypermotivated state of limerence and are acting before you consciously become aware of the impulse, you need to make sense of this to your conscious mind. That leads to some inventive justifications as to why you find yourself texting LO at 11 pm to share a meme you just found.

With an enhanced mood and supercharged motivation, you engage with the world to a greater extent than under normal conditions. The increased arousal of limerence also, literally, makes your cognitive processing faster. That has a number of consequences.

First, you become much more aware of objects in your environment that are connected to LO. Their car, coat, chair and coffee cup seem to jump out of the background world and become charged with significance.

Things connected to LO have more “salience”. They seem more important. They stand out as Objects Requiring Attention. This phenomenon begins to spread too.

The second example of altered perception is that new links begin to form between the world and LO. If you hear a new love song on the radio, it’s them that you think of. If you visit a new place, you wonder what they would think of it. If you dream about the future, they are there shaping it. Places and things become anchored to them; associated with them. With them at the centre of your mental world, your physical world becomes imbued with their presence.

This can get quite weird. A third aspect of the combination of arousal and reward seeking is that you start to make abstract connections between events. This could be as simple as noticing that they always rinse the tea spoon before they stir their coffee (which must have some deeper meaning), or as full-on as the development of superstitions. Like changing the route of your commute because one time you went that way on a whim, and that night they texted you till the early hours.

The things you become aware of, and the way you process ideas, change during limerence.

With all of these altered drives and motives, comes cognitive dissonance. You did not previously measure value against the LO yardstick. Your priorities have dramatically shifted. If LO has different political, religious or philosophical beliefs, you find yourself being more persuaded by their perspective. You are being led by emotions you are struggling to explain, and desperately trying to rationalise your reasons for changing.

This can lead you to doubt your old beliefs, and even your old memories. With a new motivational north star, the old dreams and goals you had are inevitably diminished. Were you ever really happy with your partner? They certainly don’t make you feel like LO does now. All those happy memories seem blurry and suspect.

Often, married limerents also have to deal with ethical lapses. They know at a fundamental level that they are acting disloyally, but facing that makes them feel awful – and, even worse, jeopardises future LO hits – so they look away. That requires rationalisation about why their old ethical framework should be modified or abandoned.

This is all about the stories we tell ourselves to make sense of the world. That is how our identity is forged.

During limerence, our very sense of self can be fragile.

Where does all this come from?

OK, so that’s a description of how our mental state changes during limerence, but it doesn’t explain why. For that we need to look back to the neuroscience and… are likely to be a bit disappointing.

Many of the individual features of limerence can be explained by well-defined neurochemistry, but the combination of effects, the sequence of events, and the way we make sense of the complex mix of physiology and psychology defies easy explanation.

The link between neurochemical mechanisms and psychological beliefs is complex and disputed. At the simplest level, we know that arousal is dependent on noradrenaline release from the reticular activating system, but this links into multiple other systems that multiply and feedback and ultimately provide the final outcome in terms of how we interpret and respond to that arousal.

The “mental state” of limerence is actually more like a chain of neurochemical states that follow one another in a more or less predictable pattern. Just like other behavioural addictions, the initial positive mental state can transition into a subsequent state of involuntary craving and dependency. It’s a pathway that makes sense as a continuous progression of neurochemical states, that plays out when we just follow our instincts.

A sensory input (like LO smiling) causes an immediate neurochemical response (release of noradrenaline in the arousal system, release of dopamine in the reward system), and that provokes a change in our body. The sensations of arousal led to an emotional response, and we make sense of that emotion by relating it to previous experiences. We slot it into a conceptual framework.

My heart is beating faster. I’m feeling tingly and nervous. This is what love feels like. I am really attracted to LO.

The problem is that the first two phases are biochemical, but the emotional and conceptional framework elements are context dependent. Many psychologists argue about how these processes occur. Some say we only experience emotions after conceptualising the meaning of sensations. Others argue the emotions determine how we conceptualise our experiences. Still more point out that these processes are not really separate at all, and we can experience them in any order.

Untangling that web of connections is going to take a long time, if it’s even possible or meaningful to do so.

All things considered, though, there’s no denying the fact that the way we experience the world and interact with it is fundamentally different during limerence than before or after it. Even if we can’t explain it simply.