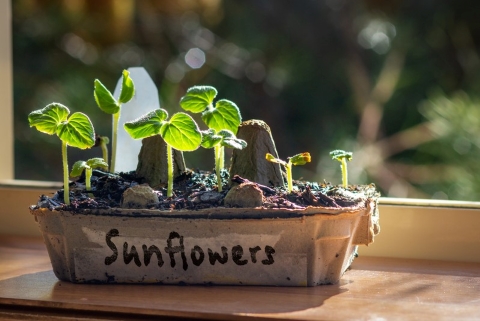 I started this blog in February 2017. At the time, I was coming down from a brutal limerence episode, and my primary motive was to exorcise the lingering feelings that were clinging on, and to organise my thoughts about what I’d been through and how I’d made sense of it. It was journalling, but in public.

I try to use these milestones as opportunities for reflection – to make sense of where I’ve got to and what I want to do next. The last time I did such a review, I decided to trial advertising as a way of raising some funds for paying a virtual assistant to help manage the growing site.

Well, it turns out that Google doesn’t smile very benignly on an anonymous blog discussing adult topics using a haphazard amalgam of plugins and patches to keep the site running. I didn’t take the rejection too personally. The advertising ecosystem online does seem to be changing to a more cautious model, and I’m not willing to change the character of the site just to keep advertisers sweet. Maybe I’ll try again in the future, but for now that particular idea is dead in the water.

Significantly, after that initial foray into new territory, I quickly reverted to the status quo. I’m selling enough books and courses to keep the lights on (and feel like I can justify the investment of time and energy to my family), so it’s easy to just stay in the comfort zone of weekly blogging. Nearly nine months on, though, I realise I’ve fallen into one of the traps associated with purposeful living: it’s easy to get complacent.

As with physical fitness, you have to regularly exercise your purposefulness muscle. Despite being able to see and feel the benefits of a stronger and healthier life, somehow the lesson never sticks for good. If you relax your efforts for too long, you’ll lapse back into old habits. Purpose needs to be cultivated.

So, what’s all this rumination leading up to? Well… I’ve realised I need to pay more attention to where I’m going, and cultivate more purpose in my decision making.

Over these last few years, I’ve experimented with various initiatives and schemes. Some have worked well, others not so well, but the problem is that I’ve not done it in a very focused way. I’ve just kept layering more resources on top of one another and then carried on. This isn’t a very purposeful way of proceeding, and – to be honest – I need to acknowledge that I’m trying to do too much and therefore no longer doing the core activities as well.

The most obvious example of this it the backend software for LwL. I’ve strung together site functionality with ad hoc plugins and APIs, linked this into the course site, and then into a mail provider, and tried to keep all the lines of communication open even when migrating between services. It’s a classic example of solving short-term problems in a way that ends up building long-term complexity and headaches. Don’t get me wrong – it’s been educational and worthwhile, and I’m proud of what I’ve built – but it wasn’t designed intentionally; it evolved chaotically.

The other obvious example of change is the scale of the enterprise. We passed 100K monthly pageviews some time ago, and I receive hundreds of personal emails each month too. I’m grateful for them all – sincerely – but I hate being in the position of not being able to answer everyone. I’ve had days where I’ve got home from work and felt aversion to opening my LwL mailbox, knowing the unread messages would be off the screen. I don’t like being in this position. It’s up to me to change it.

Looked at in this way, the future becomes an prioritisation problem. I need to be more active and not let an unsatisfactory status quo keep drifting along because I’m unwilling to make purposeful decisions. For now, that means focusing my time and energy, and doing some forward planning for what the next iteration of LwL will be like.

The aspects of LwL that I like the most are helping people and writing, so that’s what my plans are based on. I do also need to be pragmatic, though. I can’t help everyone, and if I burn out the whole project fails.

After much reflection, I now have two major goals for 2023:

As a consequence of this prioritisation, I am going to have to make cuts elsewhere. Principally, with regret, I am going to close the community forum. While I know the value of the community, I have not been able to keep up with timely moderation, have not contributed much to the discussions lately, and have been plagued with stability and compatibility problems with the software in the background. With apologies, I’m admitting defeat and closing the forum down at the end of December.

Second, I have to accept that I can’t answer all the emails I get, so will have to add a note to the contact form to manage expectations. As long-time commenter and friend Limerent Emeritus commented on a previous post, after a while you start to notice the signs about which limerents are going to recover.

Some people are – bluntly – not ready to change. Some can manage by themselves (with a few key insights). Some are ready to change but not sure how to do it. I’m going to focus on that last cohort as the people I can help the most, and given that I receive about half a dozen requests for coaching a week, I’ll trial that as a way to maximise outcomes.

For those who’ve read to the end, I hope this admittedly naval-gazing post has at least modelled a useful aspect of purposeful living. Settle on priorities, write them down, and use social accountability as a psychological tool to help you stay on course. I really want this site and community to continue to thrive, and this is my current best plan for managing it.