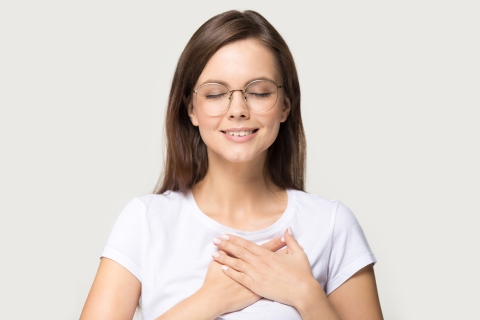 Other people’s behaviour can be baffling.

When someone is limerent, this principle is even more obvious. We’ve all succumbed to limerent madness at one time or another. Some of the classics of the LwL community include: faking a love of Proust, exalting a particular branch of Starbuck’s coffee (that just happened to be near LO’s workplace), and living with an impulsively-purchased canoe (in the hope that it might impress an outdoorsy LO).

Such gestures are useful for helping us recognise we might have gone a little far in our endearing fervour. That realisation can also be good for deprogramming, because laughing at our own absurdity is a good way of puncturing the “True Love” narrative and facing reality.

Limerent behaviour is not always so transparent, though. Occasionally we can be a bit more wily and try to disguise the depth of our romantic obsession.

From time to time I’m asked by correspondents to try and “read the runes” of someone else’s behaviour to assess whether they might be in the grip of limerence. The motive varies – sometimes it’s a hopeful limerent who wonders whether their LO is mutually limerent, sometimes it’s a non-limerent who’s worried about the ardour of a besotted suitor – but they all want an answer to the question: “how can I tell if they are limerent for me?”

Well, there are some clues.

As all limerents know, the exhilaration of limerent euphoria manifests physically. Being with LO amps up your nerves and triggers an autonomic response. This reveals itself in the classic signs of arousal: faster breathing, racing heart, sweaty palms, and dilated pupils. Agitation.

It’s difficult to suppress or hide this response effectively. If you are talking to someone who is fidgety, excitable, breathing quickly, prone to outbursts of laughter, or generally seems emotionally brittle, then it’s possible they are more than usually sensitive to your presence.

Importantly, this arousal doesn’t only happen when a limerent is feeling good. It can also be triggered by jealousy or insecurity – say if you tease them or criticise them, or show interest in someone else. Extreme emotional responses to positive or negative cues are a sign of physiological arousal.

Everyone gets nervous around people they find attractive, but limerents get overaroused.

Another clue that someone might be limerent is that they show a surprising degree of interest in your life. Limerents pay attention. They notice and remember.

An LO is the most important and significant stimulus in the limerent’s environment, and they think about them a lot. This tends to result in an apparently extraordinary memory for facts and detail about your time together, or stories of your life that you have shared.

If you sometimes feel like everything you say or do is being remembered with forensic precision, that gifts are perfectly tailored to your preferences, or that your needs are anticipated with eerie predictive power, you may be interacting with a limerent.

In a similar category to overarousal, sometimes limerents can blurt out their thoughts before they filter them. That can be revealing.

Examples would be frequent Freudian slips, a tendency to push emotional boundaries, sexualise conversations, or jump to absurd conclusions.

You: Could I borrow your notes from yesterday’s lecture?

Them: Sure, when do you want to lick… errrr… pick them up?

Them: My lap’s free if you need a pillow!

You: I’m having lunch with Sarah in accounts today.

Them: Fine! Well, I hope you invite me to the wedding!

Another giveaway is the desire for more intimacy. This could be physical (frequent casual touching, lingering hugs, sitting closer than normal) or emotional (sharing dreams, asking about your personal life, confiding in you).

Friends are intimate, of course, but if your admirer seems to want more intimacy with you than with their other friends, that suggests deeper feelings. It could be a simple desire to be close, or it may be a deliberate test to see how comfortable you are with them encroaching on your space.

If emotional or physical intimacy seems to make them especially happy and giddy, they might be harbouring limerent feelings.

One way to build intimacy is through the sharing of secrets. Limerents often feel compelled to share their private thoughts and fears with an LO. They want you to know all about them, want you to approve of them, and reassure them that you care.

Sharing secrets is a powerful bonding mechanism, and that is what the limerent is instinctively seeking. This isn’t calculated, necessarily (although manipulative people can use this as a way of prompting reciprocation), but it does inevitably lead to an entanglement of your lives if you respond in kind by sharing your own inner thoughts.

Someone who is prone to oversharing may give a false alarm, but if you notice that you are a particular target for their secret-sharing then you may have unwittingly fallen into the role of LO.

Finally, the flip side of secret sharing is open displays of trust. This is commonest for limerents who have some sort of professional influence over you. If you find yourself being asked to take on responsibilities – say looking after valuable objects, being trusted with keys or passwords, or promoted to a more senior position by a very effusive boss – this could be a overzealous limerent making a show of their regard for you.

In general, limerents like to communicate that they hold you in high esteem. They want you to know that they think you are special. Displaying trust is a way of doing this obliquely – it has some deniability but is also direct. There is a weird public/private tension to these sorts of displays – you are being singled out, but with open praise not covert favour.

If you feel that this sort of public acclaim is excessive, you may be dealing with a limerent.

So, those are some of the indicators to look for if you are wondering if that person who seems to be unusually interested may indeed be limerent for you. Any of these clues individually are innocuous and could be explained by plenty of causes other than limerence. Lots of them together begins to looks like a pattern.

Another last factor to be aware of is that some manipulative people can use these techniques to “pace” your emotions or test the strength of your regard for them. Be wary that it may not always be innocent limerent “leakage” that you are picking up on.

If, in contrast, you are limerent for someone else but don’t want them to know it, this list is also a handy guide on which cues to conceal.

Good luck out there in the limerent wild west, folks!