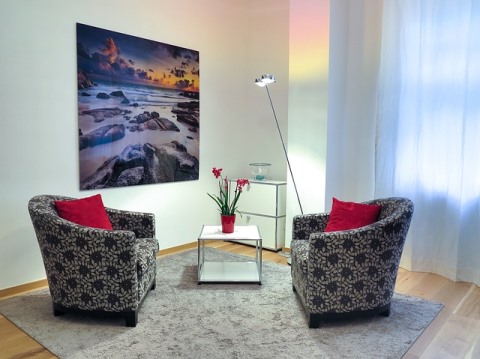 Much of the discussion about limerence in psychological circles explicitly pathologises it as an experience, and works from the premise that it is a mental disorder arising from an underlying trauma that has caused an inability to love in a healthy way. This school of thought often focuses on early life bonding, and the assumption that disordered attachment of some sort has caused an abnormal or exaggerated need to seek affirmation from a romantic partner to compensate for the “failure” of early bonding. A corollary is that we become limerent for people that mirror our childhood experience of love, and so seek them with terrible emotional urgency, in an attempt to relive the childhood trauma and correct it through successful adult bonding. In the crudest terms – to make mummy or daddy love us properly this time.

Following from this premise, therapy is strongly recommended as a strategy to overcome our past trauma, recognise our pathological thought patterns, and liberate ourselves from the tyranny of limerence.

I am not anti-therapy, but I do have some serious concerns with this perspective. First, Tennov herself outlines in Love and Limerence some cases where inappropriate therapy caused astonishing harm to limerents. In the most chilling example, she relates the case of a mother who was directed to enter psychoanalysis herself because of behavioural problems that her son was having at school – the presumed “reasoning” being everything is always the mother’s fault. What happened during the sessions was that the woman became limerent for her therapist, who celebrated this as constructive transference, and continued in a ongoing (time consuming and expensive) programme of analysis that drove the frantic limerent to attempted suicide. A less than stellar outcome that did little to help with the son’s behavioural issues.

The larger issue illustrated by this case is whether limerence is truly a pathology that needs treatment. If, instead, limerence is a normal physiological process that is rooted in our evolutionary history (rather than personal psychological history), then attempting to frame it in a context of childhood trauma is counterproductive at best. Explanatory frameworks are useful insofar as they can be tested – if they apply to every situation then they explain everything and nothing.

If, as Tennov suggested (and I would argue), limerence is a physiological process akin to sexual arousal or the “fight or flight” response of the sympathetic nervous system, then attempting to understand it from the perspective of psychological wounding could be misguided and harmful. The search for the cause of limerence, and its suggested treatment through talking therapies, is disease mongering; something that the pharmaceutical companies are rightly chastised for. I’m all for self-awareness, but whether a particular charismatic therapist is the best guide to reach that destination is another matter. Especially if they have a fixed view that all romantic distress is a manifestation of disordered bonding. Would you trust a medicines pedlar who claimed to have a panacea to all ills, or would you suspect that it’s a bit more complicated than that?

Limerence can manifestly be a positive and rewarding experience, and is easily understood as giving a survival benefit. Like any physiological process, dysfunction can lead to disease – the issue is whether limerence is the disease. Do we need to be cured of limerence, or do we need to accept it as an aspect of ourselves as natural as any other emotion?

Embark on therapy with caution. A theoretical framework that cannot be falsified is impossible to verify. Insight can undoubtedly come from examining our histories and our emotional landscape, but harm can be done by pathologising a natural process and reaching for a cure-all explanation for adult difficulties based on imperfect childhoods. Accepting uncertainty is necessary for growth – we can understand ourselves without being able to explain all of the causative factors that have made us as we are. The key benefit of therapy is to know ourselves better, to understand our drives and to guide future behaviour in a constructive direction. A bad therapist, or a therapist with an idée fixe every bit as immovable as limerence itself, can be actively harmful.