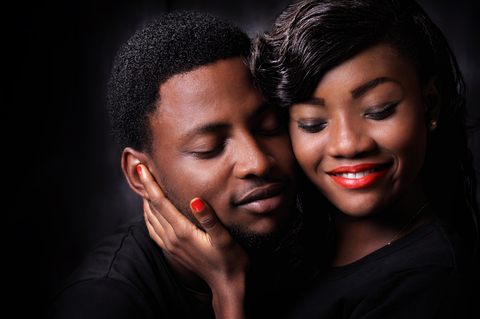 In contrast, asexuals can also experience limerence – in the sense of an addictive craving for connection with another person – without any corresponding sexual desire at all.

This complexity helps illustrate an important aspect of limerence, which is that the most powerful drive is usually for intimacy rather than sex. Limerent craving is more about connection, attachment, and emotional communion than it is about gratification of lust. The limerent object is special – more desirable than anyone else, and they cause a more profound and numinous response in the limerent than simple attraction.

What might cause this feeling of “rightness” with the LO? Well, the desire for closeness, and the emotional reward of being with a particular person, is what bonding is all about. Feeling connected is fulfilling in a deeply personal way, and far longer lasting than the fleeting pleasure of lust. It really is all about desire for attachment to them as an individual.

The pleasure of bonding is also the element of limerence that feels most like healthy love, and it is one of the reasons why it is so difficult to detach from an LO after it has become clear that the limerence is unhealthy. Once we bond with someone – even if it is largely a fantasy bond – it can be very difficult to walk away.

But what causes this profound connection? What is bonding all about, in terms of neuroscience and physiology? Clearly it is not the same drive as sex, but equally clearly, it cannot be completely disentangled from sex. And where do reward and arousal – the other major drivers of limerent ecstasy – come in?

Most of what we know about the neuroscience of pair bonding comes courtesy of the humble prairie vole. One species in particular (Microtus ochrogaster) is unusual in the stability of its monogamous pairing. Even after the death of a mate, still-fertile voles will not form a new bond with other potential mates. They pair bond for life.

This is a highly unusual mating strategy amongst mammals – hell, even amongst prairie vole species! – and it should be noted that this is social monogamy, not sexual monogamy. Even these devoted little critters will engage in opportunistic mating if given the chance.

Nevertheless, there is clearly something peculiar about these voles, and scientists seized upon them as a natural experiment thrown up by evolution that could help us understand the neurobiological basis of bonding. So, what is it about the brain of monogamous voles that is different from promiscuous voles?

Vasopressin, similarly, has numerous roles. It is also known as “anti-diuretic hormone” and is central to regulation of water reabsorption in the kidneys. It also helps to control blood pressure, which is the origin of its name (which roughly means “substance that increases blood pressure”).

For limerence, these functions are obviously mostly irrelevant – but, significantly, there are also receptors for both oxytocin and vasopressin in the brain. There, the neuropeptides are able to bind and alter the function of several neural systems.

You will probably not be amazed to discover that the reward system is one of the key brain regions in which prairie voles have particularly abundant neuropeptide receptors.

Researchers have started to piece together the relationship between oxytocin/vasopressin and bonding using synthetic chemicals that can either activate or inhibit the receptors for the neuropeptides in the brain.  In effect, this pharmacology allows us to switch the neuropeptide system on or off at will, and then see what happens to the voles.

To summarise an awful lot of work, the results seem to show that oxytocin and vasopressin are essential for linking social recognition to pair bond formation. If oxytocin and vasopressin signalling is blocked, voles no longer remember each other effectively, and they no longer show the usual partner-preference after mating. Essentially, the process of linking a specific individual to a rewarding experience is dependent on the signalling of the neuropeptides.

For voles, this process is self-reinforcing. Neuropeptides are released when voles recognise each other (mostly due to smell). Neuropeptides are also released when the voles mate, and of course, the act of mating is very rewarding and causes release of dopamine and noradrenaline and all the other cocktail of happy transmitters. Bonding can happen through familiarity alone, but concurrent sex powerfully reinforces it.

Inexorably, over time, the neuropeptides program the reward circuitry to cement the relationship between a particular mate and pleasure, the final outcome being stabilisation of a pair bond.

There are some interesting quirks in this research field that might offer further insight into limerence.

Second, some researchers took a non-monogamous species of voles and genetically altered them to force their neurons to produce vasopressin receptors. The outcome? They turned monogamous.

Finally, the two systems (bonding and reward) really do seem to run in parallel and reinforce each other. Pharmacological activation of oxytocin receptors or dopamine receptors can cause partner-preference without the need for mating. Either seems to be sufficient, but both together is supercharged.

Both alike and unalike, of course.

Humans have the same reward circuitry and neuropeptide systems as voles, and so that same basic mechanism is built into our brains. However, there is very little research on measurement of neuropeptides in the brain during bonding, for the obvious reason that we don’t tend to carry out invasive experiments on ourselves. There is, though, good evidence of oxytocin and vasopressin increases in the bloodstream, which is usually a pretty reliable proxy for what’s going on in the brain.

The big distinction between humans and voles is in the size and sophistication of our “executive brains”. The interplay of forces in people is going to be even more complex.

The basis of reward in voles is pretty straightforward and embodied – copulation is pleasurable. Repeated mating with a familiar partner reinforces the bond until it is established, and then simple social contact itself becomes rewarding.

For people, reward can be much more abstract than physical stimulation. Fantasy can be rewarding. Sex is pleasurable, of course, but we can use our imaginations to link absent LOs to sexual pleasure in private moments.

As a final thought, variation is a defining feature of biology, and so there will be natural variation amongst the wide human population in the density and distribution of neuropeptide receptors in our brains. Maybe that can go some way to explain why the appeal of monogamy varies so much between individuals, why the intensity of jealousy and pain of infidelity can be so divergent, and why social monogamy is so politically contentious.

Maybe some of us are more like prairie voles than others.