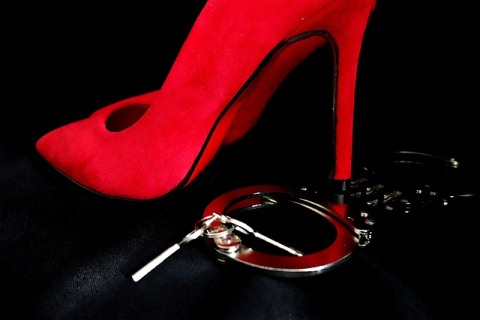 From the time it was first defined, limerence has been closely associated with sexual desire. LO is wanted as a sexual partner, rather than an intimate friend or companion.

[Aside – it would be interesting to find out whether asexuals experience the other symptoms of limerence, including jealousy].

Despite the significance of sex as a component of limerence, it is not the central issue. Limerence is distinct from lust, and in fact, limerence can complicate sex even if the LO is a willing partner. So, what is the intersection between limerence and lust and how do the drives relate?

It is obviously possible to feel sexual desire for someone other than a LO. Lust can be provoked even in the absence of any other positive feeling for an individual, and some people seek lust and sex in an addictive way, in parallel to the person-addiction of limerence. The key issue is that lust is the drive for mating, the hyperstimulus that seeks gratification, and is almost independent of the specific features of the individual involved. The exemplar case for this argument is pornography: a stimulus tailored to provoke extreme lust in the absence of any personal connection with the parties involved.

So at some level, we all understand the experience of dislocating lust from more rational desires. Lust, in this context, is the direct mechanism for getting us hot. Getting us to copulate.

In contrast to the simple drive of lust, limerence is a much more holistic and encompassing desire. Limerence does not wane after orgasm (or cold showers). In fact, limerence can introduce something of a paradox into sex. There is strong sexual desire (lust), but this can be compromised by anxiety or insecurity around the LO. Many limerents report a maddening conflict between the desire for a fulfilling sex life with their LO and an undermining performance anxiety that frustrates them. This is explained in terms of the exaggerated need to impress LO, and a self-fulfilling fear that they might not measure up. Some limerents report raising their LOs onto such a pedestal that they suffer from loss of sexual desire, because of an ingrained subconscious association of sex with sin (the implication being sex is dirty and LO is pure). Whatever the underlying basis, sex with LO is elevated into an interaction of extreme importance and significance, making relaxation and sexy fun difficult to experience. Nevertheless, the significance of sex is so pronounced that limerence must at some level be an aspect of reproductive behaviour – so why the apparent risk of counter-productive anxiety?

The common sense view of sexual politics is that men sow their wild oats as widely as possible, whereas women are choosy because of the additional physical cost involved in bearing children. So, for men the optimal reproductive strategy is to find as many mates as possible in a rather indiscriminate way, whereas women should guard their wombs against attack, except by the most fit of males. Like many common sense notions, this is of course wrong.

From the perspective of an individual man, indiscriminate mating is a lousy strategy. And not just morally lousy – mathematically lousy. Women are only fertile for a fairly limited period of their oestrous cycle, and so the chance that an opportunistic sexual encounter will result in pregnancy is low. A much more effective strategy for the man is to remain with a woman for a prolonged period, having regular intercourse, thereby increasing the probability that fertilisation and implantation will occur during the most opportune period of the woman’s cycle. From this perspective, male and female goals are aligned – and it likely requires mutual sexual attraction for this arrangement to be stable enough to persist for the weeks or months required. To increase the odds even more, the male would strive for exclusivity from the female throughout.

This optimisation strategy is basically pair-bonding.

As previously noted limerence is a mechanism for pair-bonding par excellence. It makes sense from a mathematical perspective to embed lust within a framework that also promotes pair bonding. Lust can occur independently, but the focussed, repetitive mating needed for optimal fertility requires both partners to stick around.

There are complications to this simple explanation, of course. For one thing, the actual, optimal strategy for a man is to have a harem of women that can be regularly mated with. This conflicts with the optimal strategy for a woman which is to have the undivided attention of a mate during pregnancy and nursing. In fact (and this is just a hunch) it may well be best for a woman to be serially limerent for different (but evolutionarily fit) men, to maximise the genetic variation of her offspring.

Ultimately, most attempts to intuit optimal strategies collapse in the arms race of evolution where traits such as infidelity, mate-poaching, sexual jealousy and monogamy are variably advantageous depending on population dynamics.

Overall, however, it is easy to see why pair-bonding and limerence have coupled to sexual desire as an effective strategy for reproductive success.