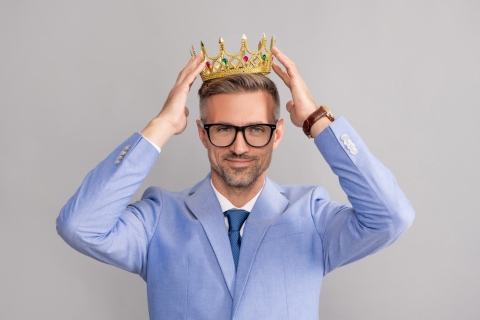 One of the factors that can make an LO “sticky” for single limerents is the ego-bruising disappointment that we were not good enough to persuade them into a relationship. Perversely, that can make LO more attractive and the sense of loss more pungent. That can make it even harder to detach.

As well as this blow to pride, ego can be a problem more generally during limerence. One of the less flattering scenarios is when the limerent is unavailable for a relationship, providing a built in barrier that adds to the uncertainty. In fact, I suspect this is one of the more common slippery slopes into limerence that marrieds would be advised to avoid.

Here’s my hypothesis, for a totally hypothetical scenario, that might hypothetically happen sometimes. It’s not in any way a personal confession or anything.

You meet someone who causes the glimmer. You flirt a bit, to see if there’s any response. There is! Hooo boy, this is fun!

2. You enjoy the attention

For many people in long term relationships, attention from someone new is invigorating and exciting. It’s delightful and validating to be reminded that you have romantic appeal beyond your role as Partner. Someone else sees your allure, and rates you attractive enough to be worth flirting with.

If that someone else also causes the glimmer, then the invigoration can escalate to intoxication.

3. You (partly) recognise the danger

Intoxication feels great, but often comes with a hangover. Once guilt starts reminding you of your commitments and loyalties, you make the sober decision to ease off.

Yes, it’s a bit shameful that you’ve been such a flirt, but they were partly responsible too, and anyway you’re not going to actually do anything or cross any red lines. You can handle this. You could walk away any time.

Just to be safe, though, better lay off the flirting for a while.

4. LO starts to cool off too

Your decision to chill a bit is noticed, responded to, and answered in kind. LO gets more cautious, maybe examines the wisdom of their own actions and decides to avoid any further embarrassment from flirting with a married person.

That waning interest from LO is where the troublesome ego kicks in.

5. You start to crave the old intoxication

Well this sucks. You weren’t planning on doing anything, but that doesn’t mean you wanted the well of attention and validation to dry up!

Perhaps you aren’t as attractive as you thought? Maybe LO has just been stringing you along? Maybe you didn’t actually make a decisive choice, maybe you were deluding yourself that they were even interested? You thought you didn’t want to go through that door, but now it’s starting to close… time to make a panicked reversal!

“Whatsoever a man soweth, that shall he also reap”

So, that’s the hypothetical. What does everyone think? Could such an outlandish scenario ever happen in real life…?

Any other ways that ego can cloud judgement during limerence?