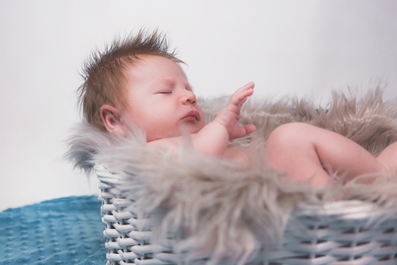 In the last post, I argued that there is an initiating “glimmer”: a frisson of excitement, that acts as an indicator that a particular person you have just encountered has the potential to become an LO. It seems that there is some sort of blueprint deeply integrated into each limerent’s psyche that the subconscious mind is able to rapidly access, and (if it spots a match) activate the limerent circuitry.

[quick side note: I’m going to be occasionally using unscientific terms like “psyche” and “subconscious” in the vernacular sense that most people understand them, to help illuminate ideas. I am not actually a mind-body dualist – these felt experiences emerge from underlying neuroscience]

An ultrafast connection is made that links all the various pieces of sensory input (physical appearance, body language, scent, tone of voice, laugh etc.) and triggers an response: arousal. I don’t mean here sexual arousal (although that is often present), but physiological arousal – similar to the fight-or-flight adrenaline response. This causes heightened awareness and symptoms of sympathetic nervous system activation (increased heart beat rate, pupil dilation, sweating etc.). In my experience, the nature of this limerent glimmer is distinct from simple attraction. When meeting someone especially beautiful or athletic or famous, for example, one also often feels nervous, tongue-tied and “over-aroused” in their presence. This is different. The glimmer feels more personal, more significant, and more charged with emotional power – as though the atmosphere has suddenly electrified.

How the limerent responds to this spark of recognition is likely to be the major determinant as to whether they progress to limerence. This is the moment to nip things in the bud if you do not want to succumb. An active decision to avoid the company of the potential LO is a wise move. An immediate decision to consider this person a potential danger rather than a potential friend is a useful mental device. This probably sounds a little dreary. Friends are good, but not friends who are going to turn your life upside down the more time you spend in their company. It’s a cost-benefit calculation.

The reason most limerents don’t follow this very sensible advice, of course, is that limerence is a bastard. Just as the subconscious is fast at spotting a limerence match, it is also fast at justifying why it’s a good idea to get to know this interesting person, and learn more about them and their insightful ideas. It’s the same arousal circuitry again, enhancing the salience of the person (making them seem to be the most important stimulus in the environment), triggering nice reward feedback that gives you warm fuzzies when interacting positively with them, and generally making you feel more alive and more motivated to seek that sensation again in the future.

Fortunately, as a species, we have an impressively swollen cerebral cortex, meaning our executive centres can override our lizard brains. The trick is to get the executive to implement good pattern recognition and initiate avoidance behaviour. More commonly the lizard brain persuades the executive to use its impressive powers of rationalisation to construct a pleasing narrative to justify giving the limerence everything it wants.

If you decide to indulge that pleasant reinforcement, you risk escalation of the glimmer to full-blown limerence. Finding the balance is the art. Like any potential addict, you are best placed to determine how much is too much. Many alcoholics swear off booze for good. Not a single drink. Only safe way. Many “social drinkers” convince themselves that everything is fine, and a bottle of wine or two a night is normal. Self-awareness is the heart of this. If experience has taught you that indulging limerence leads to massive emotional turmoil, you should probably try practicing a period of going teetotal and treating the glimmer like nectar-flavoured poison. If you can surf the frisson-wave for the thrill of the ride, then give it a go (and hope you don’t wipeout).

For me: I’ve settled on a strategy of passive exposure. I do not seek the company of potential LOs (and am vigilant about self-serving justifications), but if circumstances lead to an encounter, I try and enjoy it responsibly. Otherwise I might become a humourless misery-guts.