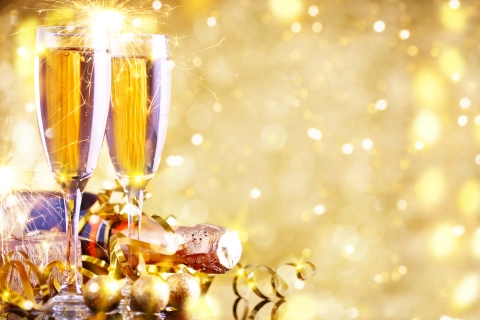 In the UK we’ve been through three Prime Ministers and two Monarchs. It’s fair to say there’s been a lot of change.

The last few posts have been about the value of using momentous events as an stimulus to review your own life; to psychologically turn the page and look to the future. Obviously, New Year presents a similar opportunity.

In the last “Coffeehouse” post (for those new to the site, these posts are meant as open discussion threads), TP shared her story, which I think captures one of the most important principles about recovery from limerence and transitioning to a more purposeful life: you have to have something to look forward to.

TP’s marriage is on the rocks – zero romantic reciprocation from her husband and frustration with co-parenting their child. Marriage counselling is going nowhere. It’s hardly surprising that when a new limerent object appeared, they proved so addictive.

As TP quite reasonably points out, hobbies like pottery or hiking aren’t going to compensate for those problems. Despite working hard on managing the limerence, TP is struggling with recovery. To be honest, this isn’t too surprising – fundamentally, the problem is what does recovery offer? What will life look like if she succeeds? Yes, she removes the complication of an unreliable LO, but what’s left? An intractable, debilitating problem.

Trying to get over the promise of an LO, when you have no purposeful vision for how much better your life could be, is a tall order. Frankly, if TP’s LO had been available, reciprocating, and emotionally stable, she could well have dissolved her marriage and embarked on a new relationship. Instead, she’s now entangled with two emotionally unavailable men.

There’s no escaping how difficult this scenario is. It’s not going to be solved easily, and I can’t offer a solution in a New Year’s blog post. But there is some value in facing the question unflinchingly, even if you can’t answer it immediately.

Some problems go away if you ignore them. These can be the sort of issues that we can get overanxious about, but just by delaying a decision, the situation kind of resolves itself. Say: not replying to an urgent email from a co-worker, failing to complete a report on schedule, or missing a social engagement. Usually, those sorts of problems pass without any lasting consequences.

Big problems need to be confronted because leaving them unresolved has consequences. Fundamentally, if you put off a difficult decision, difficult conversation, or difficult confrontation, it will fester. You’re going to have to face it at some point; delaying just means you will be doing so when you are a bit older, and even more demoralised and unhappy.

If the status quo is intolerable, you’ll have to act eventually.

OK, so that’s the bracing lecture out of the way. Let’s be a bit more upbeat. How do you start? How do you build up the courage to confront a difficult problem (or difficult person)?

There is a good starting point, and it doesn’t in fact call for immediate courage, or even immediate action – and it is a good way to begin the process of becoming more purposeful. Furthermore, New Year is the perfect time for focussing on this principle.

Fundamentally, the project is developing a vision for your future. Limerents are excellent daydreamers, but this is an exercise that is focussed on yourself, not on anyone else (and especially not on fantasy rescue by LO). Instead, it’s an exercise in deciding who you want to be, and what kind of life you want to live.

For the time being, put aside the critical voice that warns you of all the downsides and risks. Just enjoy the freedom of developing a vision for the future in which you would be happy. You might start with some idle fantasies – no harm in that – but once you’ve taken that long vacation and bought whatever trinkets might appeal, what’s next?

What do you want from a romantic partner? What do you want to give back to them? What work do you find fulfilling? How is your relationship with your family? If the status quo feels like a trap, what would freedom mean?

Think beyond the immediate situation you are in, and beyond the short-term consequences of a shocking change – imagine life once the dust has settled on any disruption and you are now living in a new status quo. How would you feel?

A vision of a better future can give you the courage to confront difficult problems, and a sense of optimism that there is light beyond the present trials.

So, for those who are suffering this New Year, rather than making traditional resolutions, you could instead dream about what a better life could be like.

Then spend the year working towards it. With purpose.