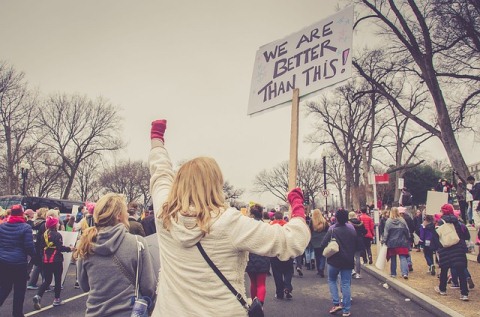 In a previous post, I described disclosure as the nuclear option for getting rid of limerence. While obviously jokey, it is true that disclosure has the potential to really blow up your life in a big way. If it doesn’t – if you disclose but your relationship with LO drifts back to the same pattern of confusing friendship-but-also-some-intimacy that characterises the typical limerence experience – then I’m sorry to break it to you, but your LO is a git. Seriously, would anyone of integrity let a relationship that they knew meant so much to you drift along in limbo? They are either a narc or a coward, and you should avoid people like that if you want a fulfilling life.

Anyway. Where was I? Oh, yes, disclosure.

Many limerents want to disclose. Powerfully want to. They want LO to know how special they think they are. They hope that LO will feel excited and gratified by the knowledge, they want LO to reciprocate, and they want their shared intimacy to advance to a deeper level. They may also want to make a show of the fact that they trust LO with such personal and potentially explosive information. Basically selfish wishes (and probably largely subconscious), but understandable in the madness of consuming desire and actually fine in many circumstances. Sometimes, though, such wishes should be resisted. Disclosure is the best tool for ending the uncertainty, but it isn’t by any means a discreet or elegant tool. So, when is disclosure a good idea, and when is it a bad idea?

There’s a lot to say about this issue, so this will be a post in two parts. It’s a lovely sunny day in the part of the world that I’m currently relaxing, so let’s start with the good:

If you and LO are single, and you want to start a relationship, then disclosure is a good idea. If LO is equivocal about you, then that is important to know. If they give a non-committal response, it’s a good idea to make a clear statement, like “OK, thanks. If it’s OK with you, let’s not hang out for a while, while you think about how you feel. Get back to me once you’ve thought it through.” Then assume it’s a no, and be pleasantly surprised if they instead come back for more.

The psychology behind this is straightforward: LO is likely to feel a bit weird about your company straight after disclosure. Giving them space to process it is likely to work in your favour. If they are definitely not interested in you, that gives them time to come up with excuses about not seeing you any more, which, while undeniably painful, is actually much better for you than staying limerent for a non-reciprocating friend. If they haven’t really thought about you romantically before, but find you attractive, then disclosure can work in your favour by making them start to think of you romantically. Knowing that someone fancies you is quite an effective aphrodisiac for many people. Finally, if the response was lukewarm, you’ve made yourself the perfect excuse for going no contact. Do not get in touch with them again, unless they get back to you after thinking it through and want to get it on.

Another scenario is that LO is emotionally evasive or seems conflicted, or blows hot and cold. I’ve cautioned before about why this is the most reinforcing behaviour that an LO can exhibit, and that it is rarely a good sign that you’ve started to bond with a good match. Nevertheless, some folks just have trouble clearly expressing themselves, so disclosure is the best way of deciding the issue for them. If you’re slipping into limerent reverie but can’t tell for sure if they are interested in you, then it’s time to stop the guessing games for the sake of your own sanity. Deep breath. Courage. Disclose and find out.

If they continue to give mixed messages or keep you hanging, then you have learned what kind of character they have. They are either chronically indecisive or enjoy the asymmetry of the relationship. Avoid people like that. Now, some people may see this as overly hasty, and point out that many people react badly to being rushed or given an ultimatum when it comes to love. But you’re not asking for a ring, you’re just expressing your own feelings and asking about theirs. If that’s too much for them, then you’re trying to bond to someone who can’t even commit to admitting their own feelings. I don’t think it’s unreasonable to expect such a person to make their mind up.

You think they will not reciprocate, but you want the limerence to end

A counsel of despair this one, and rather like pulling a plaster off quickly. If you are trapped in limerent limbo with a non-reciprocating LO and want out, disclosure should mean that you cut off your source of supply. Remove the plaster covering over your festering fake friendship, and expose everything to the light of day. Then you have the perfect reason for no contact, and they will probably be fine with that, now they know how you feel. Again, if they seek to continue or deepen your relationship after you have disclosed and they have rejected you, you should have grave reservations about their motives and protect yourself by maintaining no contact.

Overall, how your LO responds to disclosure will tell you an awful lot about them. If they reciprocate and admit their limerence for you, then you are going to be blissfully happy for a while. Lucky you! If they bluntly rebuff you, they are straightforward but uninterested, and you can at least part on honest terms (don’t underestimate how helpful that is for recovery). If they are interested, but hesitant, and decide to try a relationship out and see how it goes, you have probably just discovered that your LO is a non-limerent. That’s fine. Lots of splendid non-limerents in the world who could be excellent partners, but recognise the implications of that for how the relationship is likely to develop, and have realistic expectations. Finally, if they do not give you a clear answer, and want things to carry on as they were, run away as fast as you can. Do not try to be friends with that person. Do not torture yourself. Run, and free yourself to find someone better for you.