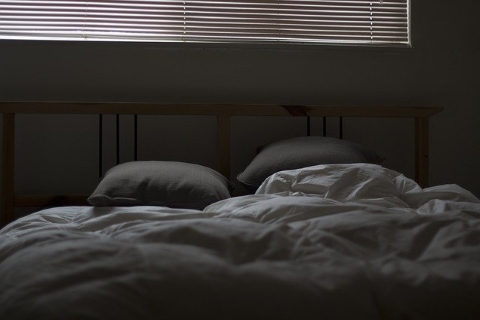 None of these scenarios are easy to manage. The principal barrier is the strong sense that most of us have that “reluctant sex” is distasteful at best and traumatic at worst.

It’s an old joke in my country that a dutiful wife would “lie back and think of England” on her wedding night, putting aside her womanly frigidity for the greater good of conceiving the next generation. What can I say? The English had peculiar attitudes to sex. It’s a good job we’re so much more enlightened nowadays, and have no strange beliefs or attitudes anymore, eh?

Snark aside, it’s obviously progress that everyone can reasonably expect both sexual fulfillment and bodily autonomy in their relationships, and that’s what’s at the root of the discomfort about “making an effort” when it comes libido loss. Having to cajole yourself into intimacy with someone you don’t feel spontaneous desire for, feels wrong. Having a partner who still desires you, and tries to cajole you into sex (when you are solidly turned off), feels coercive – especially if their frustration and sense of rejection causes them to become impatient and angry. It’s easy to see how this can turn into a downward spiral of ever-decreasing desire.

Of course, that scenario can also be looked at from the opposite perspective.

How corrosive is it to self-esteem, to romantic and sexual confidence, to be continually rejected by the person who married you? Even this person – the one who declared their love for you to the world – cannot muster enough desire to touch you. Every attempt to initiate intimacy leads instead to rejection and shame. Every romantic overture is rebuffed.

Enough of that negative reinforcement, and you arrive at the other big intersection between limerence and the sexless marriage: a pressurised tank of thwarted desire that finally bursts open when a new limerent object arrives.

The causes of this are many, but the simple explanation seems to be that men and/or women now feel that the benefits of marriage are outweighed by the costs, and that they can get their emotional and sexual needs met in alternative lifestyles. That could be the self-interest of MGTOW or the disdain of feminist separatism. It could be trendy self-partnering. It could be involuntary celibacy.

These sorts of arrangements are completely rational on the surface. It’s a simple division of labour. Unfortunately, love, lust and limerence are often inconveniently irrational.

With apologies for not properly curating my sources, I recently read an article by a marriage counsellor somewhere, who stated that in their decades of practice they had only known one couple who successfully solved their relationship problems by opening the marriage. The vast majority collapsed because of jealousy, insecurity, resentment (usually as one spouse was much more successful at finding additional lovers than the other), regret (emotions are complicated), or one spouse falling in love with one of their new lovers and leaving the original marriage. I think the latter case is the massive risk for limerents.

Finally, of course, there is the option to unilaterally stray from the marriage and commit infidelity. That carries all the preceding risks, and loads more.

Seriously, just don’t do it (if it isn’t already too late).

3) Work on the marriage

So, the last option seems like the most promising, but it isn’t easy because it requires personal change.

Here you decide to try and strike a balance between the need for security and the need for excitement. For the familiar and the novel. It’s a lot to ask any one person to provide, and achieving this state of tension is tough, but it’s the best hope of sustaining a long-term partnership that remains sexually satisfying.

This is the approach that sex therapists (most famously, Esther Perel) typically advocate, with varying degrees of sophistication. The banal end of the spectrum is to “spice things up” (role-play! lingerie! toys!), but the more profound insight is the need to cultivate eroticism in yourself.

Our minds are incredibly creative when they need to be. There are lots of ways to kindle the fire, even if it needs the occasional spark of outside stimulus (e.g. erotica or pornography) to get things started. Cultivating the ability to arouse yourself without the need for someone new equips you with the skill to find gratification without seeking stimulus outside the marriage.

This obviously requires trust and vulnerability on your part. The best way to add novelty to a sexual relationship is to try new things. Not just athletically challenging positions, but opening up about what really turns you on. Because often, what really turns us on is not what we think should turn us on – indeed it’s often a kink or quirk that we are a bit embarrassed about. Perversely, most of us are more willing to pursue those fantasies in a one-night stand with a virtual stranger, than with the person who knows us best of anyone. We trap ourselves in a bind where we don’t want to admit our sexual peccadilloes to the one person who could most readily satisfy them.

All is not lost, though, if you once looked upon them with lustful eyes. The key is to try and reset your mental image of them. To simulate novelty.

Ways to do this include having new life experiences separately, and then coming back together to discuss them. Or, trying to observe them from a fresh perspective – say at a party or professional event of some sort when they are interacting with other people – to sort of catch them behaving naturally when they are not aware of your gaze. Seeing how other people react to our spouse can be surprisingly potent in shaking us out of our mental ruts.

Read their twitter feed or Instagram stories, and read the replies. What does your spouse look like through other people’s eyes? How do others react to their ideas and personality? Even a make over or fresh wardrobe can be enough to cause a mental hiccup that could be a route out of the status quo.

If your libido is tied to limerence, you really only have two options if you want to also have a long-term monogamous relationship: give up on sex, or cultivate your ability to stimulate your libido in ways that don’t require a limerent object.