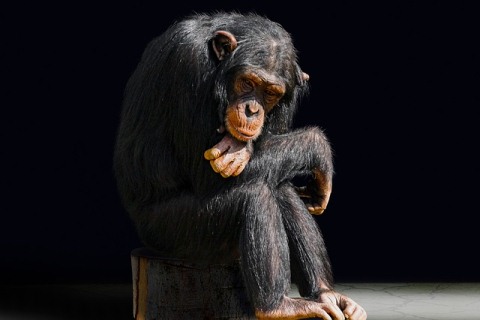 One of the things that limerents in long-term relationships must confront is how big of a betrayal it is, if they become limerent for someone else.

Regular readers will know that I very much focus on actions, not thoughts, when it comes to determining issues of guilt or personal integrity. Thought crime is a miserable idea, and a corrosive psychological notion – that your thoughts themselves could be a mechanism for betrayal and a reason to feel shame. The big danger is that this becomes internalised as shame about who you are; that you are shameful inherently because your thoughts are not pure and free from darkness. We are all of us composed of light and dark, and it is an essential part of wisdom to recognise and accept that. Furthermore, limerence is rooted in physiology, so feeling guilty for being a limerent is similar to feeling guilty for liking chocolate. Gluttony and lack of restraint is the problem, not the desire itself.

However, most limerents will – unless they are totally devoid of empathy – feel guilt over the burgeoning feelings they are having for their LO, and how they detract from their relationship with their partner. So, how can this be reconciled? Should we feel guilt over thoughts and feelings, or does anything go in the crazy internal world of our imaginations? Here’s what I think about it:

I’m not anti-guilt. This seems to be a somewhat unfashionable opinion these days, but I think guilt can be helpful if you have done some work to develop self-awareness. Guilt can help you recognise when you are doing something that contravenes your moral sense. It’s a little like cognitive dissonance – when you imagine events or behaviour that could constitute the betrayal of a loved one, your mind is aware of this, and at some level responds emotionally as though it has actually happened. This is hopefully at odds with your self identity, and so you feel shame. Guilt. But the key thing is that guilt is only useful when it’s recognised as a sort of personal warning system. A wake up call that your mind is wandering into wild places, not evidence that you are an awful person who must be ruined or rotten in some way.

People are often much harder on themselves than they are on others. In any healthy relationship, most people do not expect or want total access to their partner’s thoughts. They don’t feel affronted that their partner is free to think or imagine whatever they please. If you do believe that your partner should be utterly loyal in every thought, then you are trying to control someone else’s thoughts… and there are words for that. Unpleasant words. Brainwashing. Dominance. Tyranny.

So, our thoughts are our own, but we should be attentive to them and wise enough to recognise when guilty feelings are a useful indicator that we need to be vigilant about where we are emotionally and psychologically. Time to be alert. Time also to consider how we are behaving towards our partners, because something is amiss. Not time to start dismissing guilt as repressive, or stifling, or evidence of a moralistic straitjacket that unliberated people use to impose control over the free spirit of love.

Given this discourse on the nature of guilt, what exactly would constitute betrayal? There is a lot of disagreement about this, some of it self-serving, but some of it due to honest variation between people in attitude, vulnerability and experience. For some people it’s words; for others, it’s any kind of emotional intimacy; for others it’s sexual intimacy. Time is also going to be important. An inappropriate comment at a party is obviously different in character from a long-term affair. Both could be a betrayal, but of rather different gravity. Whatever. The line is there somewhere, we’re just arguing about the orienteering.

Fundamentally, though, what all of these scenarios have in common is action. Behaviour. That’s the point at which our thoughts manifest in the world. So, focus on your behaviour and what you intend it to communicate. How any given couple work out where their lines are is a process of honest communication. Listen to each other and process the information carefully. Compromise is necessary to make a success of any relationship, but compromise should be about mutual respect for each others needs, not reformation of each others characters (which is coercive and doomed to fail). Again, I think guilt is a useful guide here: when your own actions have caused it, you know you are toying with betrayal. Don’t waste time trying to parse exactly how the phraseology of that thing you said (you flirt) could be interpreted; focus on the pang you felt. Because you really don’t want to betray the person you are committed to. It will come back to haunt you, and in all likelihood any future relationships too.

One of the reasons why monogamy is so popular is that it allows you to relax. The world is a complex and dangerous place, full of unpredictable people, who we need. No one is an island; we are social animals, and we crave love and we want to give love and feel needed and valued and secure. But people are so complicated that trying to understand them fully takes time and effort, and so when we meet someone new we tend to be vigilant about our interactions with them. When you trust someone, you can relax that vigilance. You take their good faith for granted, and life becomes safer and simpler. When you form a loving bond with them, the trust deepens, and the world seems a little saner and more predictable, and you can use that trust as a foundation from which to explore. That is why betrayal is so profound.

If a loved one betrays you, it undermines your past, your present, and your future. At it’s worst, it can cause a kind of total personality collapse: all your memories are suspect, all your security was an illusion, you are not where you thought you were, and your partner is now a stranger that caused you harm. Security is shattered. Hopes for the future are gone in an instant. Even worse: your worldview is blown up. You trusted someone incorrectly, which means your judgement is now suspect. Your foundation has fallen out from under you, and so you have no desire to explore, and no safe haven to return to.

Betrayal of a loved one really is a catastrophically destructive act.

Listen to your guilt, and use it wisely.