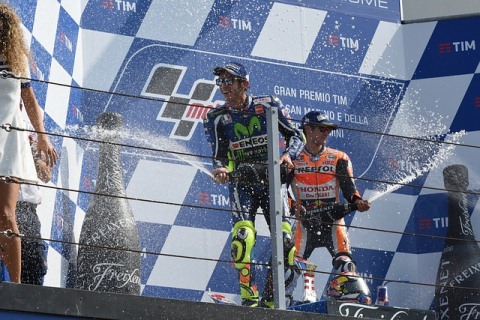 In the last post I analysed the sometimes strange intersections between lust and limerence. One thing that both phenomena share is transience. For lust, it can be very short-lived. Limerence is more persistent, but only for the months-years needed to establish a bond lengthy enough to bear fruit.

A complicating factor in trying to understand limerence and lust is libido. If lust is the immediate sensational overload that triggers urgent sexual desire, then libido is the background propensity to experience lust during everyday life. Libido can be very powerfully affected by limerence. Both men and women report an increase in libido when experiencing limerence: an increased awareness of, and interest in, sex. Particularly with LO, of course, but also in a less directed way.

Curiously, the hormonal basis for this is a bit confused. Normally, increased testosterone leads to increased libido, and this is observed in women, but men can exhibit reduced testosterone during limerence (thought to correlate with a drive for bonding). Nevertheless, when around LO and when in the thick of limerence, libido… rises. *snigger*

Obviously, this is entirely compatible with the reproductive designs of limerence. It is also, unfortunately, the cause of an enormous amount of unhappiness.

One of the commonest causes of arguments in long-term relationships is sex. Right up there with money and children. Top three finisher.

Almost inevitably, between any two people there will be an asymmetry in libido. If the difference in inherent sex drive is modest, then your luck is in. If the difference is pronounced, then… bad luck. The problem pages of the world are filled with men and women who are deeply unhappy about the loss of sexual intimacy in their relationship, and the worst of it is, it’s all relative. Some people complain “it’s only once a week!” Others complain “it’s been three years.” But the perennial, repeated refrain is “it’s less than it used to be.”

Now part of the explanation for this is that libido does normally wax and wane over life, and with what’s going on in life, and in how you change and your SO changes, and how well you have managed to sustain emotional intimacy. However, I would argue that limerence is a much bigger factor.

We all know the old jokes about marriage and libido. “What food decreases a woman’s sex drive over 90%? Wedding cake.” *guffaw* It’s kind of expected that sex drive will drop off as a relationship matures – we can’t sustain the heightened libido of the early stages of romance indefinitely. To many people, this is just the loss of “new relationship energy” or boredom due to familiarity. To a limerent, this is the loss of limerence due to consummation and the aligned dwindling of libido back to the background level inherent for that individual.

So, a logical strategy for anticipating whether your LO would be a compatible long-term partner, would be to try and determine what their libido is like in the absence of limerence. Not easily done, when they are limerent. I suppose it would be possible to talk to them about how sexy they felt before they met you. Or ask their friends. But it would be a bit weird. And how confident are we about our own baseline libido when we’re in the reality-distortion field of limerence?

But I think things are even more insidious than that. I think repeated episodes of limerence can lead to a tight psychological association between libido and the onset of limerence. It’s not just that libido goes up with limerence – libido is impossible to disentangle from limerence. For these people, any attempt to “rekindle” romance, or stimulate their libido is impossible without a new LO. Sexual desire is anchored to limerent desire, and feeling sexy is inextricably linked to feeling limerent. Given that it is pretty much impossible to re-establish limerence in a long-term relationship (although Esther Perel sort of seems to be promoting the attempt) that psychological association seems doomed to lead to serial monogamy or a sexually dull long-term attachment. They mentally link love to stability and comfort, and limerence to passion and sex.

For many people, the latter scenario is fine: that was their expectation of what marriage/LTR would be like, and they’re not that bothered. But their partner may well be. And it does seem that they would be vulnerable to having an affair if a new LO comes along and reignites what was “lost”.

How to cope? The huge number of couples wrestling with this issue suggest there is no easy answer. For me, the answer is the same as always: self-awareness. Understand your drives. Recognise patterns of behavior that are not serving you well. Seek to take purposeful steps to develop yourself as a person, to be the sort of person that you want to be and act positively. If you are the low-libido SO, then explore why you have lost your desire, how it relates to your psychological associations of love and sex, and decide whether you want to work to redirect your libido away from limerence fantasies and towards other stimuli. Or, find a new partner with more compatible baseline libido. Or no partner. Or many partners.

The same advice goes for the high-libido SO: what is the food that your libido feeds on; are you happy with that?

As ever, if you do make big changes in your life, do it with integrity. It will protect your self-esteem and wellbeing in the long run.