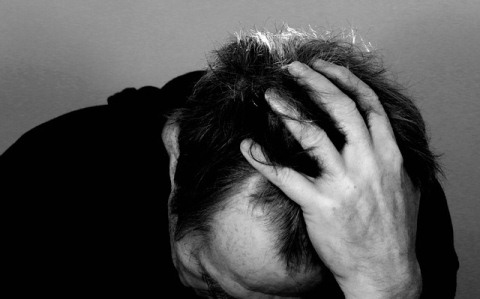 Midlife is an interesting time. It begins to dawn on you that whatever endeavours you threw yourself into in early adulthood are coming to fruition. In many careers, it becomes clear – and pretty much settled – whether or not you will reach the highest levels. By definition, most people won’t. If you have children, they are growing to independence, and you start to face an empty nest. In love, your choices will have determined whether you are partnered in a long term relationship, bruised from bad encounters, alone, or living one of the many non-conventional models of interdependence.

The things that you decided to do with your life are no longer characterised by the promise of future achievement – it is now clear whether or not that promise has been, or will ever be, fulfilled. Regardless of the choices that you made, the realisation comes that you are halfway through your life and have to decide whether you are still happy with those choices. Our bodies also confront us with evidence of our age – grey hairs, wrinkles, flaccidity, menopause.

Halfway through your life. Or halfway to your death.

For some people this can cause a panic of regret and fear.

For others, it is closer to ennui – a sense of dissatisfaction and fatigue, and nostalgic loss.

It is also, perhaps unsurprisingly, the prime time for affairs.

Many people report that a peculiarity of midlife is a sudden eruption of libidinous energy and romantic interest in others. It’s been described as a second adolescence. Whether this is mainly a psychological response to the emotions of midlife, or also a hormonal surge due to physiological changes at midlife, is unclear. But the consequences are a powerful sense of a “last chance” for a fling, or open relationship, or to reinvent yourself with a new partner. This can be complicated by the realisation that your appeal has changed (for better or worse) with age: physical maturity, the confidence of experience, financial and emotional stability; all of these can affect the perception of your attractiveness to others. Of course, another common cliche is the desire for a younger partner, in an attempt to hang on to youth or get a second chance at making a relationship work. Equally, spending time in the company of other attractive midlifers going through the same suite of sensations can prove… combustible.

All of these factors come to a head and present a particular vulnerability for limerents. It may be a long time since a midlifer felt the pull of limerence, and if it has been an infrequent part of their life, it may be an unfamiliar challenge and upend their emotional stability. I’ve speculated before that limerence is a mechanism for establishing pair bonding, but as it typically only lasts for a few years at most, serial monogamy would seem to be the natural outcome. A sudden urgent sense that this is the last chance to find a new mate, coupled to resurgent limerence, is a powerful force.

Ultimately, all this turmoil may drive our midlife limerent into a tailspin, but what can be done?

Well, they could spend hours studying Jungian analytical psychology, take up a new hobby (maybe even a blog…), or just weather it as best as they are able with the coping skills they’ve developed through adulthood. Alternatively, they could embark on that affair, and start the second half of their lives by jeopardising everything they’ve achieved in the first half. It might work out. But it will probably come as no surprise to regular readers that I would instead advocate reflection and self-awareness. As the heart of this is self-honesty, and here are some blunt questions that could help:

1) Was I happy in my relationship before this started?

2) Do I honestly think that starting a new relationship will solve my emotional problems?

3) Am I facing the future or running away from it?

4) Do I want to let limerence determine my fate?

Usually with these bloggy ramblings I try to adopt a broad point of view about the nature of limerence, but this topic is a personal one for me, and so it’s hard to be objective. The first stage of my adult life is over. I am no longer a young man. I have a family, who are growing fast and will not need me so urgently in the coming years. I’m facing the second half of life, and determined to attack it with purpose. To take the opportunity to live well, and decide for myself how I want to measure success in the afternoon of my life. Luckily for me, I have a supportive wife that I love very much – and we’ve spent many enjoyable afternoons together already.

Here’s to a purposeful future.