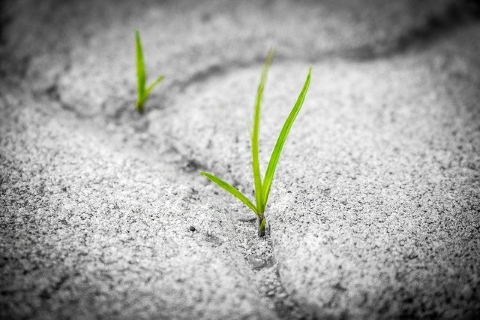 Becoming more self-aware is a core skill for recovering from limerence. The ability to detach your self-scrutiny from your moment-to-moment emotional state allows you to be more aware of what you are thinking and feeling, and what it means. In OCD treatment this is sometimes called “mindful awareness” – the ability to recognise “I am having an obsessive thought” grants you more executive control over how you react to it. It’s a bit like you are a documentary filmmaker recording your own life, dispassionately observing what is going on, rather than being helplessly caught up in the action.

One of the unexpected (but beneficial) consequences of becoming generally more adept at watching yourself as a “detached observer” is that it carries on after the worst of the limerence passes. That brings us to the theme of today’s post: how to tell you are recovering.

Friend of the blog Jaideux proposed this theme, based on her own experiences:

I was realizing that my personality and interests are slowly returning to the pre-LE Jaideux and I am so fascinated about how the LE effectively denuded the verdant forest that was my life, leaving a wasteland in its wake, with just the LO dominating the landscape, but now, thankfully, the forest is starting to regenerate…

So…I was thinking how nice it would be, and inspiring too, to have a post about “signs of recovery” and see how the recovering limerents weigh in.

What a good idea!

Here are a few of the milestones that helped me realise I had turned the corner from compulsive craving to emotional stability. For those of us who have been through the wringer and recovered, please do add your own to the comments.

Interest in other things

In the depths of limerence, I couldn’t concentrate on anything. Thoughts of LO cascaded continually into my mind and I would seek out solitude so I could really concentrate on them (and let the backed-up flood discharge). This became a major irritant, and meant it was impossible to read or write or listen actively to other people.

Once I’d begun to make headway (ha, pun!) with the mental reprogramming, I could sometimes get back into that state of immersion. Lost in what I was doing in the moment. What’s sometimes called “flow state” where external sensory stimuli recede, and you lose track of time and environment, came back. As I emerged, I would realise I’d been lost in thought about other things.

Length of time between cravings

Another good indicator of recovery was the increasing time between bouts of craving. For me recovery was a process of fits and starts. I trialled different deprogramming tactics some of which worked better than others. Once I’d got the recovery mindset straight, it was noticeable that the time between LO-seeking urges lengthened. From constant, intrusive thoughts, to intermittent craving, to occasional relapses; the widening periods of mental freedom were good indicators that the plan was working.

I could listen to new music and not link it to LO. That was freeing. Sometimes I listen to albums that I was particularly keen on during the limerence period and get a little retrospective pang, but that has almost passed too. In fact, that leads to the next milestone…

There’s a weird thing about nostalgia, which I’m starting to spot more frequently these days (especially since living more purposefully). Nostalgia is a surprisingly powerful emotional force, but it’s another good case of “it’s all happening in your head”. That nostalgic impulse is basically a desire to recover old feelings. We think back to fond experiences that brought joy or comfort or fulfilment, and want to return to a situation in which we feel that way again. But it’s futile to try.

I learned this first on a trip back to the seaside village where I used to go on holiday with my family as a kid. I expected to feel the same happy, innocent freedom of youth. Nah. For the first time, I had the experience of nostalgia disappointment: the village was familiar and just as pleasant to stay in, but the feelings never arrived. I had changed too much.

Similarly, my nostalgic memory of LO is not the reality of the person. Occasionally, I’ll see pictures of her on social media or hear about her indirectly, but it no longer provokes a limerent response. There’s still a glimmer, of course, but nothing like the old emotional response. That’s a pretty good indicator that all that’s left is my memory.

I really had trouble sleeping during the LE. Lying awake replaying the events of the day, rehearsing what I could say tomorrow, even dreaming about LO when the sleep finally came.

The first morning I woke up refreshed and feeling good – and didn’t immediately think about LO – was a major landmark.

As time went on, and these indicators of recovery became my new normal, life got better. It felt like casting off a burden. It took solid, disciplined grind to get through the pain of resistance, but once freed, I remember what it was like to have a free-roaming mind again. As Jaideux puts it, it feels wonderful to rediscover your limerence-free personality, and enjoy the expansive ease of liberation.