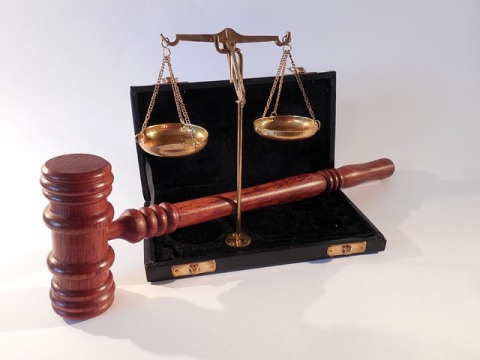 In a previous post I wrote about emotional affairs, but sometimes matters move beyond the emotional to the physical. Hearing the immortal phrase: “I love you, but I’m not in love with you,” has become the cliche that tells you your partner is probably having an affair. Indeed, so prevalent is the declaration, the abbreviation ILYBINILWY is now in the urban dictionary. The rationale behind this argument is that the partner can recognise they are not “in love” with you because they are now “in love” with someone else and therefore can tell the difference. This, to me, fits the limerence framework perfectly. If they relate the thrill of limerence to “in love” feelings, then chances are your partner is limerent for someone else.

These considerations raise the question: are limerents more prone to having affairs than non-limerents? Is there anything about limerence that would suggest either a predisposition to seek multiple partners, or a vulnerability to seduction? I think the only way to answer these questions is to consider the factors that cause people to have affairs, and then look at these from the perspective of limerence, and the influence it has on our behaviour.

Fair warning: this post is going to be judgemental. Because I’m a judgey judge.

Plus, I’m going to refer to the inconstant partner as “the infidel” throughout, because it amuses me.

Probably the number one reason that people have affairs is because they want to. Dazzling insight, I know, but sometimes life really is that simple. At one end of the spectrum here are those people that aren’t really built for monogamy, but through lack of thought or courage have got carried along by societal expectations and entered into a relationship with someone who innocently believes that they are in a monogamous union. Meanwhile, the infidel wants novelty.

Limerence could be a factor here, in that the craving for a neurophysiological high can cause them to search for a new LO once limerence for their SO has faded, but limerence also works against the practicalities of an affair. Cheating on a partner requires compartmentalisation of a life – the infidel has to be able to run multiple parallel relationships simultaneously, without any emotional or organisational leakage between the compartments. It seems to me that non-limerents have a distinct advantage here. Once you’re in the grip of a limerent episode the prospect of switching off the emotional maelstrom and cozying up to someone else is… improbable. Limerents have one big life compartment labelled “LO”.

Serial monogamy seems a likelier prospect for a limerent who struggles with foregoing newness for lasting love.

At the other end of the spectrum from those carried along by the habit of monogamy are the hound dogs. These folks are your basic nightmare. They do like the stability of monogamy, but they also like the illicit thrill of infidelity. In fact the thrill comes in part from the deception of the clueless SO. It’s hard to avoid the conclusion that these infidels just have bad character – selfish, entitled, predatory and fundamentally dishonest. Unfortunately, statistically, these are probably the most abundant affair perpetrators, because its a lifestyle choice for them and they are not remotely fussy. Spot them by their tells: pleasure at tricking others, narcissistic concern for their appearance and status, dishonesty as a general principle, and fetishisation of privacy as the primary concern in any moral argument (aka, I might be fucking the secretary, but you snooped at my phone!).

Hard to imagine these defects being limerent, unless self-limerence is a thing.

Some folks haven’t given much thought to the state of their relationship for a while, or how they feel about affairs. In this case, if a third party decides they want that person – for whatever reason – and sets out to seduce them, then the infidel can be vulnerable. This might be the scenario for someone who has poor boundaries and is easily rail-roaded into something they later regret. I absolutely believe in predatory people who measure their worth through mate-poaching. “If I can land her, then I’m the alpha round here.” “I bet I can get him. That’d show his stuck-up wife who’s boss.” Basically, the character-defectives mentioned in option 1.

Nevertheless, while betrayal through failure-to-resist seems less malevolent than active hound-doggery, it’s still a pretty poor reflection on character. Basically, it’s a weakness of character rather than a strongly amoral character.

Limerents could fit into this category, especially if the seducer knows how to manipulate the limerent reaction (and it occurs to me for the first time, with some trepidation and regret, that this blog is kind of giving them a “how to” guide). However, most of us limerents have experience of dealing with inappropriate or unrequited limerence, so resistance is obviously possible.

The third big cause of affairs would be discontent with the current relationship, and a decision to end it through finding someone else (or, when combined with 2, because the someone else has already offered their services). This is the so-called exit affair, where the infidel destroys their relationship through infidelity; rather than ending it because they are unhappy, before starting a new relationship.

I think this is the one that is most tricky for limerents. The real danger point is the tendency of limerence to cause us to devalue our SOs, and find them wanting in comparison to the new LO. What used to be little petty niggles that were the background noise of any relationship become amplified into Issues. Obviously, Issues must mean there is a Problem with the relationship. And we all know how serious Capital Letters can be.

In a horribly fatalistic trajectory, the very emergence of limerence is taken as evidence of a problem. In fairness, it may actually be evidence of a problem, but the rational response to this would be to honestly examine how serious the problem is and whether it is terminal for the relationship. This should be attempted in the absence of LO’s reality-distortion-field wherever possible. The key step is to look backwards in time and figure out the chain of events: had you been unhappy for some time, and becoming distant, and experiencing a burgeoning awareness of all the other attractive people in the world, or had you been actually basically happy until you met LO and then slowly started reassessing how good your relationship (and SO) actually were? If the former: you probably were vulnerable to limerence because of discontent. If the latter: limerence probably distorted your judgement, and caused you to rewrite history with LO as the lead character.

These considerations are rather academic after the infidel embarks on their exit affair, but this does seem to be a case where being a limerent may be a causative factor in precipitating it.

The final important point to note, however, is that none of these three factors depend on the infidel being a (non-reflective) limerent. Ultimately, the determining factor in having an affair is the character of the infidel. We are, in the end, in charge of our own decisions, and having to cope with strong feelings is not an adequate excuse for betraying a partner.