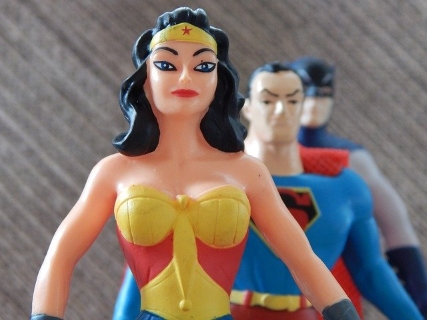 One of the defining features of limerence is the tendency to idealise your limerent object. You see them as Special with a capital S, different from ordinary people, extraordinary in their attractiveness, uncanny in their magnetic appeal.

Limerent idealisation is a complex thing, though. It isn’t that the limerent is completely blind to the flaws of their LO, it’s just that those flaws somehow don’t matter. LO could be callous, self-centred, rude to shop workers, unhygenic, promiscuous, unreliable, dishonest, or crude – but those flaws get sort of mentally erased from your internal picture of them, or perhaps overpowered by the euphoria of excitement about how they make you feel. It’s as though the light that they shine with is so bright you can’t really see into the shadows clearly, even though you know they are there lurking in the background.

Perhaps a better term for this would be “flaw minimisation” or “optimisation”. You know the flaws exist, but for some mysterious reason they don’t emotionally register. If there is blindness, it’s willful blindness.

The neuroscience underlying this phenomenon is hard to understand. It seems as though cognition (i.e. the ability to perceive and process the sensory evidence of their flaws) does not trigger the usual emotional response, as though the communication between your executive and your emotional centre is muted or drowned out by the clamour of reward seeking. But things can get even murkier.

The lure of the shadow

We all know bad boys are bad news, but they are also exciting. We also know that bad girls are trouble, but it’s intoxicating trouble.

The psychoanalysts would have a field day with this – why transgression can be attractive, why we are drawn to risk, why the forbidden fruit is more appealing. Libido is an enigma. Why can we become limerent for someone who apparently contravenes our moral or philosophical principles? Why do opposites attract? Are we insincere in our beliefs, or just perversely drawn to the taboo?

Whenever I start to ponder these ideas, I always think of a scene in the film “You’ve Got Mail”. You might not think it’s the most obvious source of philosophical enlightenment, but that’s only because you underestimate the skillset of Nora Ephron.

The set up for the scene is that two characters, Kathleen and Frank, have been a couple for some time and have settled into a complacent routine. Frank is a left-wing journalist with socialist political views; Kathleen is apolitical, and runs a bookshop. For the sake of the plot, the characters have to separate, but it also has to play out amicably, so as to not lose our sympathies as viewers. Here is how the breakup happens:

…partly because Greg Kinnear’s delivery is great, but also because it highlights the gulf between who we think we should like, and who we are actually drawn to.

(Spoiler: Against all expectations, would you believe, Meg Ryan’s character actually ends up with Tom Hanks’s character!)

So, we have a curious kind of nested phenomenon – at one level we minimise LO’s flaws, but at another level, maybe those flaws are part of what causes the glimmer in us? Maybe, instead of idealising away the poor character of our LO, we are actually falsifying our own preferences – lying to ourselves about what we really want at a subconscious level?

Whether you are glossing over irritants or kidding yourself about what you are really attracted to can have profound effects on how a limerent relationship plays out. It’s important to become aware of why you are minimising LO’s faults: are you doing it to maintain a falsely optimistic opinion of them, or are you doing it to shroud hidden urges in yourself?

If the issue is one of an overenthusiastic public relations programme, then eventually you’ll start to admit that LO isn’t all that attractive after all. Once the limerent fog breaks, you’ll become irritated by their eccentricities and disagreeable habits, and find your patience tested. Limerents in that position then have to make some decisions about whether they want to compromise or negotiate, and do the usual weighing of costs and benefits to whether the relationship on balance is worth persevering with.

In contrast, if you are actually attracted to people who you think you shouldn’t be attracted to, then the problem becomes more serious. Even once the limerence fog fades, you will still be attracted to those flaws. You may intellectually know that you are better off without them, but your glimmery subconscious still responds to their dark cues. Instead of trying to live with their annoying habits, you end up in a state of weird dissonance where you are subconsciously snared, but trying to break away from the connection.

You are trying to argue yourself into leaving someone unhealthy that tantalises you, rather than arguing yourself into sticking with someone you can finally see clearly.

To return to You’ve Got Mail: Frank’s relationship with Kathleen fell apart because of trivial but ultimately decisive differences in temperament that did not carry the initial excitement into long-term love. In contrast, his dark attraction to the Republican TV host threatens future limerence fireworks…