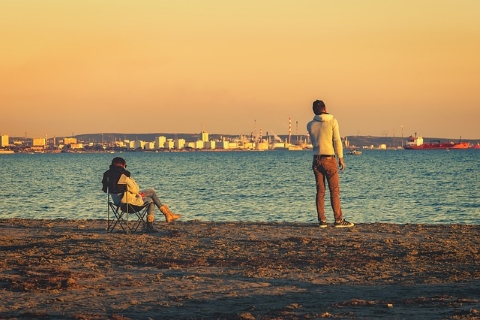 Ulysses is battling limerence. In his case, limerence is proving a barrier to the natural expression of his feelings:

I’ve been struggling to get close enough of my LO to disclose my feelings to her, but limerence is making me too anxious to be able to make it in a “normal” way.

This is a common paradox of limerence: the LO becomes such an important and desirable person in your life that you become hopelessly inhibited and clumsy whenever you have a chance to talk to them. The stakes seem so incredibly high that you are paralysed by the fear of making a wrong move and ruining your chances. This is obviously most frustrating when you think you may actually have a credible chance:

I’m sure she showed some interest signals, but I got trapped in the flirting game, so I never asked her out, and she might well have gotten tired of waiting for a move of mine, too.

This hesitation, and the inability to maintain enough emotional equilibrium to just interact naturally with LO, becomes a self-defeating cycle.

The same pattern of failure happens again: I get too excited and anxious and it just backfires, eventually.

But, Ulysses has started to live more purposefully. At a recent party, his current LO was there with another date, who seemed to be going out of his way to make some sort of alpha display to Ulysses that he was The Man. Ulysses handled the situation decisively.

As soon as I saw he was trying to make me jealous I took action, stood up and went to another table from where it would be difficult both for him to catch my attention and also for me to see LO with him.

The party went well, and with a curious twist…

The interesting part is that LO kind of got what was happening from my behaviour, and started trying to making eye contact with me, but I kept my focus on the other people with whom I was in the new table, and I didn’t allow myself to give my attention to LO neither with what she was doing. In the end she started trying to participate in a conversation I was having with another girl…

Now, limerents are famous for over-interpreting subtle signs and body language of LOs as super meaningful, so it’s worth being a bit cautious about reading the runes, but there does seem to be enough evidence to suggest that Ulysses’ LO could be interested in a romantic connection. He’ll never know without asking, though, and that’s the heart of his dilemma.

Most people have a sort of intuitive sense that romance has the quality of a dance. We talk about “moves”, and timing, and that there is a window of opportunity in which the potential dance partners are sort of sizing each other up and wondering if they feel like taking to the floor.

Carrying on the metaphor, limerence has made Ulysses’ legs go wobbly, and his confidence falter, and he’s worried he’s lost the rhythm and made too many missteps. It seems like his window of opportunity is closing.

More positively, he has gained a lot from this last experience, in that it’s made him more self-aware and purposeful:

I can still keep putting the effort to apply what I have learned to become each time a better version of the person I’ve came to be.

But. But. But. Is it ever really too late?

I wonder if I just give up on this and put an end in this LE, or if I let things happen the way they should; that is, she’s still not officially in a relationship with that creepy guy either. If I could just end the LE, so that I could somehow have a normal interaction with her, probably I would have better chances to get her to like me back than with this madness of limerence backing fire and destroying any hopes I could have to get what I want.

So the question for the wisdom of the crowd: “Should Ulysses use this experience as a life lesson that prepares him well for the future when he meets a new LO, or should he apply that lesson right now and disclose his feelings to his current LO?”

Here are my thoughts:

1) It seems implausible – and counterproductive – to try and end the limerence feelings for LO before declaring your romantic interest. A better goal is to turn down the volume enough to stabilise your emotions when the big moment of declaration comes. Limerence is very good for pair bonding, and mutual limerence feels terrific. Harnessed by self-discipline, it can be a powerful and thrilling part of life. There could be turmoil ahead if LO is a non-limerent, and/or when your limerence begins to wane, but that is the point at which you get to learn if the relationship has a chance of maturing into something deeper and more meaningful. The most important factor in navigating all of this is self-awareness. Knowing that your limerence is an internal emotional storm that you are trying to regulate makes it more manageable than truly believing that LO is some kind of angel who is unapproachable because they are so wonderful.

It’s like that aphorism about fear: feel the limerence, but act normally anyway.

2) You may have missed the window of opportunity, but you’ll never know unless you find out. It’s fine to make the purposeful decision to walk away and seek romance elsewhere, but it’s definitely better if that decision is made because you feel the time is no longer right. In contrast, fear of embarrassment is not a purposeful reason. Embarrassment is unavoidable when taking romantic risks – the secret is that you get to decide how you process that embarrassment when it comes.

Worst case scenario: she rejects you rudely, laughs about it with other people, and avoids you thereafter. Well, there are lots of lessons to take from that hypothetical scenario, but the principal one would be that she has poor character and you dodged a bullet.

3) You are actually in a win-win situation. The decision to leave this LE (and LO) behind, learn about yourself, live more purposefully, and act more quickly and decisively the next time you meet someone attractive, is one option. And that’s a great prospect, actually.

Disclosing to LO and being rejected is another possibility, and obviously a more painful outcome, but it is also a tidy ending to the LE. You took a courageous decision and it didn’t work out, but that’s how romance goes most of the time.

Finally, you could disclose, and she could reciprocate. Then you are off on a whole new adventure.

My summary, therefore, is that the decision you take is far less important than how and why you take it. There are good outcomes to all possibilities, but the way to secure those outcomes is to act with courage and purpose. Decide what your goals are right now (ending the limerence or finding out how LO feels about you?), what you want to work on most (self-improvement or romance?), and whether the experiences you’ve had with LO so far are a drama you are happy to walk away from, or the prelude to a second act in which you take centre stage.

Those are my thoughts, and I’m quietly pleased that I made it all the way to the end without any lazy allusions to Ulysses resisting the siren-song!

Now, over to the LwL council of elders…