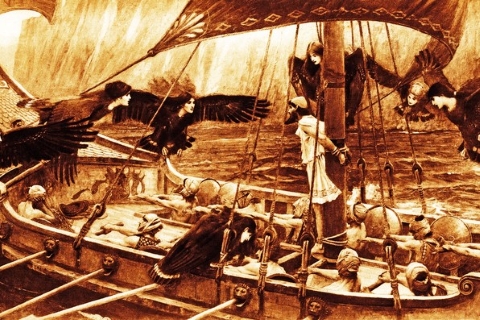 Busy times in the Dr L household, and a good reminder of the need for discipline and focus when managing too many projects at once.

Here’s a good (if brief) talk that touches on a concept that can be useful when it comes to resisting the temptation to prioritise short-term pleasure over long-term happiness.

I sometimes have to use a “Ulysses contract” when pressured for time. It always seems like a bit of a last resort, and something of a failure of will, but I think there is an important lesson:

The outcome is what matters, not how elegantly or effortlessly you achieve it.

I mean, it’s nice if you can just ace your way through everything, I guess, but sometimes you need to organise your environment to protect yourself against temptation.

This is true for limerence temptation too. Be like the students studying for finals, and get someone to change your Facebook password when you are really struggling. In a moment of clarity, send your future self some emotional and moral support by saving them from yourself.

It may be a desperate measure, but it beats losing more ground and slipping further from freedom.

This kind of measure is most useful when you are most stressed. I’ve noticed in myself that the desire to escape into passive entertainment becomes increasingly urgent the more deadlines I have. If all the projects in front of me seem impossibly daunting, my brain kind of stalls and rebels, and says “there’s probably some great stuff on twitter”. It’s distraction as mood repair, but it always ends up causing trouble rather than solving it.

Those are the times I know I need to admit weakness and make a Ulysses contract.

OK. Time to turn of YouTube and get back to work!