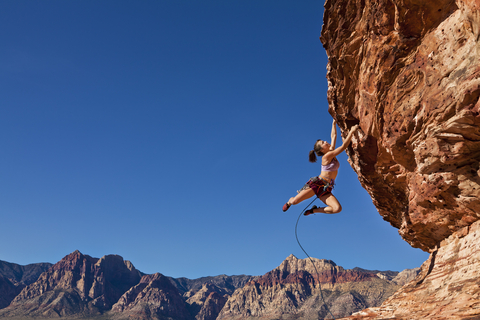 Regular commenter Marcia raised an interesting question in the comments section from the last post, about being hesitant to try new *ahem* adventures.

I always wondered if it was my fear talking. Would I like to try that? Maybe I don’t have the backbone. Maybe I’m envious that other people do.

Thinking about romantic opportunities more broadly, I think this is a question a lot of limerents ask themselves at some point – most obviously, when they are committed to a long-term relationship, but become limerent for someone else.

The dignity-incinerating desire for LO destroys all our old certainties, all our old beliefs and principles. We start to doubt everything. Are we holding back because of moral imperatives or because of fear?

Spending time with LO can be a state of maddening internal tension – desperate to declare our feelings, but inhibited by some internal mental brake that stops us actually saying the words, reaching out to touch them, crossing the Rubicon.

What is that inner resistance? Is it our conscience? Is it fear of social consequences? Is it insecurity? Or – as Marcia wonders – is it simple cowardice? A failure to muster the courage to overcome cultural strictures and embrace adventure?

We may look at other people who live life in a more devil-may-care way, and wonder if timidity is our problem, rather than a guilty conscience.

The only way to reliably answer those questions for yourself is to develop the purposeful mindset needed to strip away the pretences and duplicity and rationalisations, and learn to see clearly.

A first point to consider is what exactly courage means. The simple definition of courage is the willingness to do something that frightens you. That seems like an obviously good thing: the determination to overcome fear that is holding you back from doing what you know should be done.

But, there is a difference between that, and just having the audacity to take what you want when you want it.

For some people there can be an overlap. If you have a real fear of disappointing others, or saying no to unreasonable requests, then courage and assertiveness will go together. But, there is obviously a line somewhere between being more bold, and having the nerve to make unreasonable requests of other people.

Wishing you had the chutzpah to behave more audaciously is not the same as wishing you were more courageous. Bravery is admirable. Suiting yourself, consequences-be-damned, is not.

The difficulty with these internal battles is finding balance. We can usually tell the boundary cases OK – sociopathic self-indulgence and crippling shyness are obviously problematic – but where is the right spot in the grey area between?

Audacity can be compelling. People with passion, joie-de-vivre, and few emotional hang-ups can be wonderful company, wonderful people. But, if we’re honest, they can also be selfish, egotistic and narcissistic. Likewise, compassionate, sincere people with great integrity are admirable, but they can also be risk-averse, overcautious and, well, dull.

In a previous post, I related this dichotomy to the book Narcissus and Goldmund, in which Herman Hesse invites us to reflect on two lives – the selfish abandon of the artist versus the selfless duty of the monk.

One way to decide for yourself which life is better is to ask which people you personally admire. Try to think back to a period before you became limerent (and your judgement was scrambled), and identify the kind of person that impressed you with their character. The kind of person that you would feel proud and gratified to be compared to. That is a pretty good barometer for where your own moral foundations lie.

Another perspective on this is to look at the impact that admirable people have on those around them. Do people generally feel uplifted, happier and pleased to know them, or do they come to regret the aquaintance?

The Lord Byron’s of the world may be charismatic, but few of us admire the trail of human wreckage they leave in their wake.

While we are on the subject of regret, that is another useful indicator for where our own morality lies. Unfortunately, it is retrospective wisdom – experience gained just after you needed it.

Limerents tend to focus on the positive when in the grip of euphoria. You imagine all the amazing sensations of bliss when you finally surrender and immerse yourself in the obsession. It can be hard to even imagine negative outcomes, and the positive ones certainly overpower any pangs of conscience.

When it comes to it, fantasy often conflicts with reality. It is a mainstay of sex therapy to caution clients that the things that seem amazingly sexy in their imaginations (where everything plays out exactly as they want) can be very different in real life. Many things are best left as fantasy, as the reality can end up feeling… a bit sordid or unsettling.

Really, I think most people interpret this idea as regret over passing up opportunities to do things that would have made your life happier, better, more fulfilling. You regret not being true to yourself. You know you made the wrong choice in the moment, and you missed out on a long-term benefit that couldn’t be recovered.

What might that look like for you? The love letter not sent, the trip of a lifetime postponed forever, the birthday parties of a child missed for work?

Would the decision to reject an illicit affair make that kind of list?

The way to navigate through these issues is to really get honest with yourself and get familiar with the basis of your own fears. Regret stings most when you know you did the wrong thing – intellectually and emotionally.

A major element of a purposeful life is knowing yourself. Are you a people pleaser who can’t bear the thought of disappointing others? Are you afraid of missing out, of being overlooked or abandoned? Do you lack the confidence to assert your true beliefs? Have you suppressed your feelings for so long you are not even sure what they are?

It is hard to read your fears when you don’t know who you are or what you want. If you don’t have a sense of purpose, you are stuck in the merry-go-round of wondering if your fear is protecting you from harm or keeping you from growth.

When you begin to live with purpose, you understand your predicament better. You will be better able to judge if blowing up your life is a courageous decision, or a desperate attempt to escape from a trial you have be evading for too long.

One thing you can be sure of: the limerence will end. And you will still be you at the end of the episode, faced with the consequences of your choices. Unless you are a sociopath, that also means caring about the consequences for other people who trusted you.

When you live with purpose, you can make choices with integrity and foresight.

Impulsively doing something that will make your life worse is not liberation or bravery, it’s sabotage.