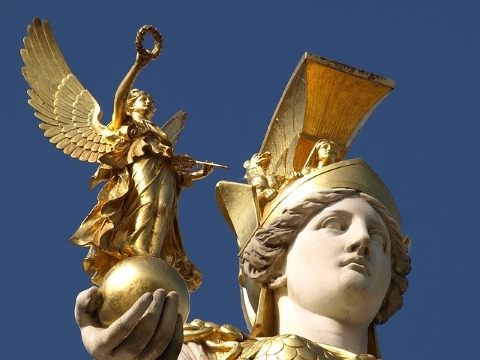 Back in the pre-event era of last summer, reader Evie got in touch to ask what the hell had happened to her husband. Said husband had become limerent for a co-worker and gone full devaluation hulk-out on Evie, declaring her the worst spouse ever, and a millstone around his poor, misunderstood, limerent neck.

The LwL community did their usual sterling job of setting Evie straight on what was really happening with her husband, and encouraging her to hold her head up high, be purposeful, and protect her children as best as she could.

Earlier this week, Evie got in touch with an update.

Now, I’m going to unabashedly enjoy the karma of this, but there are a couple of serious points to make first. Evie and her children have been through a lot of pain. They are coming out of a terrible period now, but any comfort they have gained has been hard won. Second, Evie’s ex-husband may be a selfish, destructive git, too wrapped up in his own romantic delusions to live up to his responsibilities, but if most limerents are honest with themselves, they can probably understand the compulsive temptation he was under, and know that they could have been a few bad decisions away from where he is now. The major factor in how limerence plays out is whether the limerent fully embraces the delusion (as Evie’s ex did) or instead resists the emotional storm and resolves to act with integrity, regardless of temptation.

So, the goal of today’s update is two fold:

A reminder of where Evie started:

HOW he has morphed into this, and gone from a kind, caring, considerate man with morals, to someone who calls me names in front of our children, says my feelings don’t matter to him, and seems happy to get me to a point of absolute despair and desperation? It is literally 2 sides of a coin, and that’s very difficult to understand.

Evie’s then-husband had started a limerent affair with a much younger woman. When his LO left her long-term partner, he rushed in like a rat up a drainpipe, leaving his family behind. What a winner.

Skipping forward to the present day:

My ex and I have now sold our home, been through horrible court proceedings related to children (instigated by him). His manner towards me continued to be vile for many months after we [Evie and Dr L] last spoke. I continued to be uncertain as to why he was horrendous to me.

20 months after the hell of the separation etc I finally felt ready to meet someone else, and I did! And I think I am falling in love with the guy. So happy.

Go Evie! After a prolonged and unpleasant separation process, she emerges to find someone new. No doubt she is more cautious after the experience of the marriage breakdown, but she hasn’t given in to despair and resentment. Onward with purpose!

But… there are some curious new developments:

In the months since Christmas my ex has been more and more amicable, even to the point of us spending an evening together as a family when my son came home from a trip abroad.

Also, both of my children said they don’t hear a thing about the LO, only seeing their father send the odd message. They don’t hear them speak on the phone… and my ex has apparently taken down all photos of the LO.

LO still seems to live with her (ex???) partner. I see them shopping regularly together.

Oh my! Can we put our heads together and connect the dots to solve this particular riddle?  What could possibly have happened?

It’s probably little comfort to Evie to learn that I hear this story a lot. Joe Beam often talks about it too. Once the limerent affair moves into the full time real deal, once the subterfuge and the barriers and the drama end, the whole thing stalls. Suddenly, there is no third (or fourth) side to the relationship geometry, no one to play off, no one to blame. Limerent and LO have to face each other fully, and that turns out to not be as pretty as it once seemed.

Also, of course, the limerence will wear off all the faster once the uncertainty has gone, now that they are finally together and free to Live their Best Life, Honour True Love, and all the other capitalised platitudes that self-justifying limerents use to convince themselves that they Deserve This.

At that point, the limerent discovers that the euphoria of limerence was not a cure-all for their personal problems and insecurities. It was an evasion. And then, they start to remember all the love and support that they used to receive from their abandoned spouse, and they start to miss it. If they are really expert at blaming others for their problems, they now start to devalue the LO, and try to ingratiate themselves back into their ex-spouse’s good graces. Or – in the bittersweet irony of these things – they discover that LO is now bored of them, and is ready to move on to the next married person they feel like poaching.

Regardless, the limerent ends up a tragic figure, mired in a mess of their own making. Their integrity gone. Their sparkly true love affair dimmed. Alone and regretful.

It isn’t too late, though. There is always hope. If they can just break the habit of blaming others, take responsibility for their own bad choices, repent of their mistreatment of the people who loved them, then they can redeem themselves. They can rebuild their integrity by confronting their weaknesses and striving to improve. But it takes character and humility, and honest, slow, labour.

I confess that at this stage of the story I started to feel a pang of worry. Tragic figures can have their seduction, their own peculiar Romance. Would Evie succumb to the rescue fantasy, or get caught up trying to untangle the web of her ex-husband’s many deceits?

I am hopelessly happy with my new partner, but I do still find myself wondering about whether my ex and his LO are even still together.

I am not interested in any sort of reconciliation or even friendship. Far too much has happened for me to be able to come back from. But he asks about my family and makes references to things we shared as a couple. I would be interested to hear your musings if nothing more.

Ha! I shouldn’t have worried.

Well, those were my musings, Evie. Possibly a little gleeful in the telling, but that may be born from seeing my shadow in your ex. Regardless of the reasons, let’s end with some quickfire lessons that Evie’s experience has given us all, limerent or spouse:

These aren’t hard and fast rules. There are exceptions.

But a statistician would know which way to place their bet.