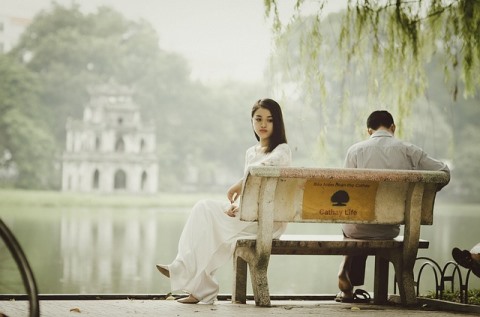 A change of pace today, stimulated by a question sent in by SK. I’ll start with the disclaimer that I have no qualifications as a psychologist, psychiatrist or other professional analyst. However, I do have lots of opinions, so I’m answering in the spirit of a well-meaning agony aunt.

SK has a quandary that a lot of limerents face:

Here goes: I discovered the concept of limerence about three years ago after my 4th limerence episode left me with some intense depression. I entered a new relationship a few months later and have been with that SO for about three years, but never felt limerent about them since I was getting over the previous limerence (it takes me around 2-4 years to get over an episode). I care very deeply about my current SO, and I feel that our relationship is one that could potentially offer a lifetime of mutual care and support. However, it unnerves me that I never felt limerent for this person. I have viewed limerence as a pathology to get over, like depression/anxiety, so the past few years of waning limerence and healthy non-limerent relationship building have felt good for me.

However, after finally getting to a place of apathy about LO #4, I’m afraid I’m in the “crystallization” phase of limerence #5. It is not clear to me from your blog whether or not serious limerents like myself are “doomed” to forever repeat these multi-year cycles of obsession over LOs. I don’t want to go through this every 2-4 years for the rest of my life. It’s depressing and in my current situation it’s causing me a lot of guilt.

I want to know, if I left my current relationship and tried to create a lasting relationship with a LO who was limerent about me too (not necessarily LO #5), would we settle into a healthy pair-bonded relationship and my limerent episodes would end? Or would I become limerent for someone else eventually even if I was happily married to a former LO? Is my current relationship bound to be unfulfilling because it is non-limerent, or should I stick with it with the recognition that I’m just by nature set to get obsessed with people every once in a while and that my actual SO is the best life partner in actuality?

Those are big questions. Let’s tackle them one at a time.

The first thing that strikes me is that your 4th episode of limerence was obviously a negative experience. I’m going to assume that  the previous 3 episodes ended up being mostly negative too – especially as you seem to have emerged from this period with the conclusion that limerence is a pathology to get over. One explanation for this may be that you become limerent for people who are unsuitable partners. That is not uncommon. In fact, the appeal of a “lost soul” can be an especially potent trigger for some people. Similarly, some limerents repeatedly fall for unavailable people, narcissists, or other disordered personality types, all of whom are very poor prospects when it comes to life partnerships. So, an important point for self-reflection is: can you spot a pattern for your “limerence triggers”? Is there a common type of person for who you become serially limerent? If limerence has tended to mean agony for you, then you can look at it like an alcoholic looks at booze: it feels good for a bit, but isn’t worth the damage. In contrast, it may be that you don’t see an obvious pattern, and that previous LOs were just the usual mix of good and bad that people tend to be. It’s worth spending the time on this – if only because ruminating on the nature of limerence and your own susceptibility is a good reminder that it emerges within you, and it’s a lot better than ruminating about LO#5.

The next issue is being unnerved that SO didn’t trigger limerence. Limerents often mistake the strength of their infatuation for an indicator of how much “in love” they are with LO. In reality, while long-term love can follow on from mutual limerence, it depends on both personalities being compatible, and capable of mutual respect, support and patience. Early infatuation is often completely unrelated to that. So, does the strength of limerence have any predictive power for the stability of a long-term relationship? My answer is no. Definitely not. Long term happiness – healthy love – will emerge with people that respect you, care for you, and are happy being with you. Within that framework there is a lot of scope for variation: SO can be quiet and thoughtful, or live an exciting life, be competitive, outgoing, and thrilling to be around. This principle doesn’t mean settling for someone dull, it means avoiding people who have poor character.

Hovering behind these issues, however, is the fear that you will come to regret missing out on the blissful consummation of mutual limerence. It’s hard to know that without a crystal ball. You may. Or, you may look back and be proud that the mania of limerence for unsuitable people never caused you to derail a good life. All relationships of value require sacrifice, and committing to one person is a conscious decision to forsake all others – LOs included. One of life’s certainties is that you don’t get to try over and see if the other option was better. There’s no escaping sacrifice, but it’s not something to be scared of if you want to live a life of meaning.

Next: are limerents doomed to forever repeat their cycles of obsession? Well… yes and no. Yes because limerence does appear to be an inherent trait for many people, but no because how you respond to the emergence of limerence will determine how serious the cycle of obsession is. As you put it, you are afraid that you are crystallising about a new LO. Build on that self-awareness and take steps to limit the crystallisation. If you are able to go no contact it is a good idea. If not, do what you can to limit the process. Try some of these tactics. When you feel the glimmer in future, recognise that person as a potential threat and act accordingly. Limerence comes from within, and so understanding yourself better, being aware of your vulnerabilities, and taking positive steps to regulate your response is the best way to manage it. There is good reason to be optimistic that future cycles can be cut short or stopped before they start.

Looking to the future: it is very unlikely that marrying an LO will be a protection against future limerence episodes. I was limerent for my wife, but then became limerent for someone else years later. Lots of married people end up in trouble because they do not expect to succumb to limerence again. I’m labouring this point, but it’s important: limerence comes from within you. The LO is basically a vehicle that you use to try and satisfy an internal need. Because of that, whether or not you once became limerent for your SO will not affect your susceptibility to limerence in the future. Ultimately, the decision for limerents to make is: do I choose to commit to one person and manage future limerence, or do I adopt a life of serial monogamy, switching partners as I become newly limerent every few years?

Finally, as I’m sure you would anticipate, I genuinely don’t know whether your SO is the right choice for a life partner! No one does. A healthy non-limerent relationship that feels good to you, and is based on mutual care and support is a lot to build on, but there are no guarantees. You should also be clear on what both you and SO want. Communicate honestly. Do you have romantic feelings for them, or are they more like an affectionate companion? How do they feel about you? Everyone has different expectations and hopes and dreams.

If there is an overarching theme of this blog it is that doing the work to understand yourself, choosing to behave with honesty and integrity, and living with purpose is the best way of solving most of life’s problems. Ignore LO#5 if you can. Their only value at the moment is in stimulating you to do the deep work of understanding yourself and what you need. They will be a distraction while making this important decision.