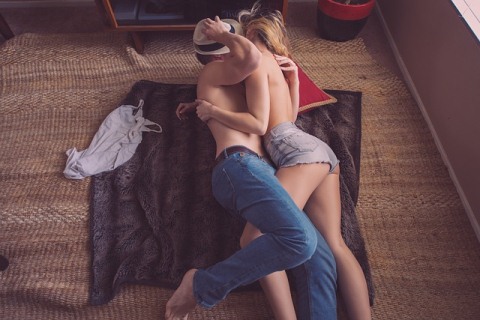 Awareness of limerence and the effects it has on your behaviour is an important step in establishing healthy relationships. Once the key features of limerence are understood, that knowledge can help enormously in how you respond to and develop any potential romantic relationship.

The most important principles, in my opinion, are:

1) Limerence is mostly about you and your own emotional needs

The first principle leads to an analysis about why you become limerent for certain individuals. I’ve covered this before, but it is likely to be a combination of your current emotional state, the patterns of relationship formation in your childhood, plus the complicating factor of sex. It really is worth the effort of honest self-analysis to understand your limerence triggers. In some cases, the triggers could be relatively innocuous and so nothing to worry about, but in others it could become clear that you are seeking (unconsciously) people with character traits that remind you of previous unhealthy bonding experiences. There is a whole medical literature on bonding and attachment, and its worth exploring if you find yourself serially limerent for people that make you unhappy.

That leads into the second principle: the strength of the limerence is almost certainly uncorrelated with the suitability of the LO as a long term partner. Limerence is all about cementing a bond. Quickly and deeply.

This is not necessarily a good foundation upon which to build a long term bond of love and trust. In most cases it’s pot luck – once you emerge from limerence you get to find out whether the other ingredients needed to make a go of it are there. In other cases, where your triggers for limerence are misaligned with the conditions for affectional bonding, you are basically doomed to a dysfunctional relationship (or its inevitable breakdown). By using the power of limerence to select a potential life partner you are making a category error – using a thermometer to measure distance. Instead, you need to try and do two parallel things: enjoy the limerence while making objective judgements about the suitability of LO as a good mate choice.

This is important, but difficult, because during limerence your judgement is very seriously impaired. Happily, there is a surefire way of bypassing the terrible decision making capabilities of your limerent brain with a simple rule of thumb: judge people by their behaviour. I know! So obvious it’s a cliche. But how well do you actually do this? Limerents are often world-class empathisers and rationalisers. “LO does seem to be very rude about other people when they are not around, but that’s because they are insecure.” “Yes, she did just lie to her best friend about where she was last week, but she’s just a private person.” “I know he cheated on his wife, but she had withdrawn sex and didn’t treat him with respect.”

It’s an interesting philosophical question: functionally, is there really a difference between someone who is genuinely an arsehole, and someone who is actually a good person but hides it by behaving like an arsehole? Either way, you have to endure their arseholish behaviour. Many limerents will see this as a challenge – even a reinforcing stimulus for the limerence. “Through the power of my transformative love, I will liberate their true selves from the arsehole that the world sees, because only I can see their soul.” Lost or damaged souls can be like catnip.

But how about, instead of embarking on that campaign, you go and find someone who isn’t pretending to be an arsehole? It would save a lot of time and energy. Try and detach your observation skills from the limerence and watch how they behave. People generally do reveal their true beliefs through their actions (sociopaths and psychos possibly excepted) and you can use their actions as a reliable barometer of how a relationship with them is likely to unfold. Be vigilant. If you observe behaviour that you don’t like, resist the urge to go all-in with the emotional bonding. Enjoy the ride of the limerent rollercoaster by all means, but don’t make long term plans with them.

That’s all very well! I hear you cry (imaginary reader), but how do I identify good people while dating? I only meet arseholes. Some simple questions to ask yourself:

1) Why am I attracting arseholes? Is it because they can sense that their behaviour is attractive to me? Why would that be?

2) Is this person I am talking to being honest with me? Are they talking straightforwardly about their lives and showing genuine interest in mine? Or are they bantering and playing games and trying to get a rise out of me?

3) Am I being honest with this person I am talking to? If not, what am I hoping to achieve by misrepresenting myself and my opinions?

4) Perhaps if I selected potential dates on this honesty criterion, I would have more success?

Eagle-eyed readers will have spotted that I’ve steered the discussion back to purposeful living. It really does make every part of life better…