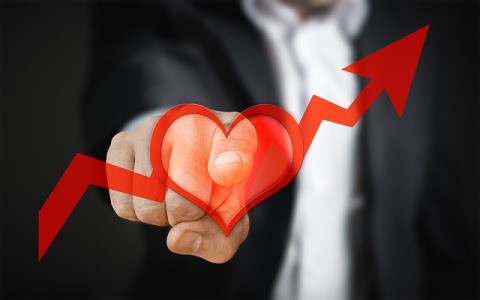 This is the biographical post. Feel free to skip, if looking for more universal themes.

I suppose my first experience of limerence was a crushing crush on a girl at school (we were both 16/17 at the time). She was short, and pretty, with long brown hair, and no interest in me. I gazed at her in Biology lessons. And thought about her relentlessly. I eventually plucked up the courage to tell her, and suffered the crushing pain of rejection (somewhat leavened by the deep-down awareness that it was bloody obvious she didn’t feel the same). There was some relief from the telling and the certainty of disclosure, and looking back, I think it would be more accurate to describe it as proto-limerence (I certainly got over it quickly enough when I left school).

My second experience of limerence was the real thing. I was at university, and had a few simmering attractions, but nothing too noteworthy until I met LO1. She was completely inappropriate for the earnest young man that I was. Loud (gobby even), eight years older, smart-alec, a smoker and frequent user of illicit substances, tatooed and pierced (when that wasn’t a commonplace), engaged to someone else, and underneath the brash and confident exterior, deeply vulnerable and emotionally wounded. I liked her immediately. Many of my friends did not. Most importantly, in retrospect, there was obvious mutual sexual attraction (even obvious to a naif like me – LO1 wasn’t subtle). We spent a lot of time together, got drunk together, and I got more and more addicted. It was an optimal mix for limerence. She was engaged (adversity!), but her fiancé was often away for long periods (hope!). She was obviously interested (reciprocation!), but would back off from guilt or shame (uncertainty!). I meanwhile, pined and obsessed and desperately tried and failed to stop the intrusive thoughts and, you know, do some studying. In the end, I got so frustrated that I started dating someone else. Someone perfect for me. Someone single (good start), pretty, quirky and funny, who helped out at homeless shelters and animal sanctuaries (I’m not exaggerating), and who didn’t stand a chance in hell of securing my affections while LO1 existing in the world. After a few guilt-ridden months I called it off. Lesson learned: you don’t get to choose who you are infatuated with. I still have LO1’s phone number in my wallet.

My third experience of limerence was in my early twenties, when I met my wife. This one is your basic fairytale. Saw her across a crowded room. Knew immediately that this was someone almost certainly wholly inappropriate, and therefore irresistible. Bumped into her in said crowded room and hit it off. Caught the same train together after the party so we could keep talking. Arranged to meet again. And again. Reciprocation, bliss, marriage, kids, lasting affectional bonding.

My fourth experience of limerence was… unexpected after 15 years of happy marriage. It was also the stimulus for me discovering limerence as a concept, and starting this blog. LO3 worked for me (big red flag number one). Was engaged to someone else (big red flag number two). Was a skillful and inveterate flirt (eh, it’s all red flags from here on in), and we spent a lot of time together, talking. Knowing what I know now, all the elements are there: a sense of mutual attraction, uncertainty, adversity, and opportunity for intense interaction and bonding. It felt great. After a long period of contentedness, the thrill of novelty and the mania of limerence. Except now, for the first time in my life, limerence was a net negative force. I felt high a lot of the time, but then went home to my family and could not turn off thoughts about LO3. You can kid yourself for a while that you can handle it, and take the good without having to deal with the bad, but eventually you have to confront the fact that you are telling yourself a convenient lie. Spending “quality” time with my children whilst distracted continuously by thoughts of LO3 was the deciding factor. Some lies are too big to ignore.

So, simple enough: the escalating limerence has to stop. Usefully, I was getting the vibe from LO3 that she wanted it to stop too. So, I’ll just turn it off then: *turns switch*… *turns switch again*… *turns switch increasingly frantically*… Oh shit.

Then followed a period of introspection, study into male mid-life crises (I’m such a cliche), the discovery of limerence and the road to Damascus moment. I’m making it sound linear, but it wasn’t. In the midst of the angst, I disclosed to my wife what was happening. She wasn’t very happy, but she also knows me so well that she had had an inkling. There followed some frank and… emotionally charged conversations about the state of our marriage. Once I’d learned about limerence I described it to her. And then came the kicker: she was a serial limerent herself. It turns out that I’m a lightweight. All through our marriage, she has wrestled with the same issues. Hooray! Crap!

So, we are now emerging from a rather tumultuous period. Our marriage has lost some of the innocence of ignorance, but we are both wiser and better equipped to face the challenge of limerence in the future. No more fairytales, but then that’s not a sensible way to live, after all.

LO3 no longer works for me, but I still see her occasionally. We keep the topics of conversation light, and the limerence has faded. She’s still one of my favourite people to spend time with, but I know that friendship is impossible, and I’m OK with that.