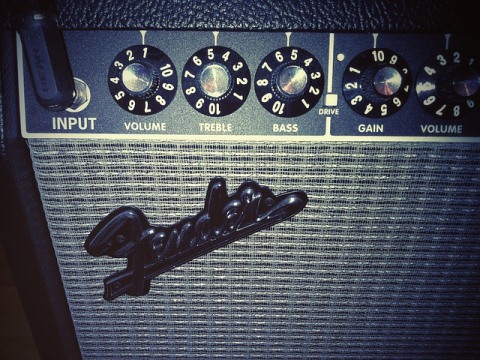 “…is it possible that a limerent subconsciously chooses the unavailable LO (over and over in my case) because of the guaranteed outcome of failure, there is actually less risk?”

I think the idea behind it is that limerence for unavailable LOs is a form of self-protection, in that the risk of emotional pain is reduced because the possibility of failure is almost certain. Is this a form of risk avoidance, so that the limerent can soak in the emotional stew of obsession without having to face the hard work of sustaining a real relationship? Is it a way of avoiding the heartache of a good relationship failing, by setting your heart on one that has no chance of success?

It’s possible; absolutely. Choosing an unavailable LO does guarantee that your romantic life is entirely internalised, rather than exposed to the world where it becomes subject to risks. This sort of evasion may particularly suit introverts, avoidant personalities, and limerents that crave the exquisite agony of rumination and longing that is also reassuringly within their control. Imaginary relationships can achieve a fantasy ideal that is impossible in practice.

Choosing (subconsciously or otherwise) unavailable LOs does mean no public risk for the limerent. Life, however, is never risk free, and by fixating on unavailable LOs the limerent simply transfers it: from the overt risk of rejection or a failed relationship, to the covert risk of jeopardising their own psychological wellbeing. Getting trapped in a limerent obsession with an unavailable LO is like revving a car in neutral – you don’t go anywhere and it’s bad for the engine.

So, the simple answer to the question is Yes, but to go a bit deeper, some reflection on the background assumptions underpinning the query throws up all sorts of secondary questions and possibilities that are also worth exploring.

A common error in statistical analysis (and logic) is so-called selection bias. The idea is that restricting your enquiries to a limited sample of people (such as those people that filled in your questionnaire, or visitors to a special-interest blog) means you get a very skewed view of the phenomenon that you are investigating. A trite example would be asking the readership of an infidelity forum whether they had problems trusting their partners, and concluding that the incidence of spousal insecurity was at epidemic proportions.

In the context of this question, the selection bias would be subtler, but potentially meaningful. Unavailable LOs are likely to provoke most uncertainty in the limerent, and so heighten the limerence to the max.

Uncertainty is the key fuel in the progression of limerence, and is often amplified by barriers to honest disclosure. Consequently, unavailable LOs (such as those who are married, of incompatible sexual orientation, or emotionally closed) will provide the bestest barriers out there. So, it may not be the case that a limerent “chooses” the unavailable LO, it may be that the unavailability is what causes the limerence to happen. In other words, limerents aren’t emotionally drawn to unavailable LOs because of subconscious fears, it’s that married people who cause the glimmer and hint at reciprocation are the most potent triggers for limerence out there. So, the sense that you always pick unavailable LOs may actually be that unavailable people are the only stimuli strong enough to drive limerence all the way to mad extremes.

Another variant on the selection bias theme is the age of the limerent. As we get older, the pool of available contemporaries declines. People marry, or partner up in a non-formal way, decreasing the number of single acquaintances in daily life that could become significant others. Inevitably, that means an increase in the likelihood of falling into limerence with an unavailable LO, simply because the number of unavailable potential LOs that we are exposed to increases. Similarly, of course, if the limerent themselves gets married then all LOs are unavailable, because the limerent is not free to act.

For the single limerents out there who are no longer in the first flush of youth, I don’t mean this as a counsel of despair. There are plenty of good people who find themselves single in midlife and plenty of opportunities to find a new partner – but by simple statistics, there is again a selection bias for unavailability at play if you become limerent for someone in their 30s or older, rather than someone in their 20s.

3) The illusion of perfection

Really? Perfect? The unavailable, unattainable person is your perfect match? As an adolescent, when you dreamed of your romantic future you thought “someone who I can’t bond with openly and honestly is the ideal choice”? Setting aside some sort of religious “transcendent love untainted by the sins of the flesh” perspective on Romance, it’s hard to accept that it’s really anyone’s view of perfection.

I think what this idea really means is that when there are no responsibilities, no compromises, no conflicts, and no consequences, relationships with attractive people we like are easy. Real relationships, of course, are partnerships, tested by disappointments, disagreements, unrealistic expectations, and miscommunication. An excellent friend can make a terrible partner. People are weird.

It may be deeper than this. It may be that actually the limerent has met an LO who does treat them well, make them feel fulfilled and special, and emotionally supported and safe. It may be that these qualities have been missing from the other important relationships in the limerent’s life, but it doesn’t mean that LO is the only person out there that can achieve this level of successful intimacy. People who are good at maintaining relationships are likely to be able to enjoy successful partnerships with many people.

Secure attachment is a virtuous cycle: it means that bonding with others feels normal, and happens naturally. So, it could be that LO is a “perfect” match because they have secure attachments and that is a novelty for the limerent. The good news in that case is that finding another available person who makes stable attachments can give you the same solid basis for a new relationship. The even better news is that if the limerent has a good relationship with LO, odds are good that they themselves have the skill set needed to form good relationships with others.

We end where we often do, with purposeful living. From the perspective of limerence for unavailable LOs, how can taking charge of your life help? Well, there are the obvious benefits of figuring out what you want and how to improve yourself to the point where you can earn it, but there are non-obvious benefits too. Most strikingly, purposeful living changes your approach to risk. If the urge to seek unavailable LOs springs from the risk avoidance, the implication is that fear of rejection, fear of being unable to sustain a lasting bond, or fear of not living up to LO’s expectations, are the driving forces that control your behaviour.

Deciding to change your behaviour, also changes your interpretation of risk. The sting of personal embarrassment is reduced, because your hopes become focussed on larger goals. If you are seeking success in an endeavour you care deeply about (be it romantic, artistic, political, social, or “idiosyncratic other”), fear of rejection – fear of personal shortcomings generally – become less potent. When pursuing a worthwhile life, you lose the habit of worrying about pleasing other people (indiscriminately), worrying about what they think of you in private, and worrying about how it would appear to others if your secret thoughts were revealed.

Bluntly, working towards a larger goal in life makes you less self-centred, and less anxious about comparing yourself to other people and what they are doing with their lives. It also highlights that an infatuation with a person who cannot offer you authentic romantic love is incompatible with maximising your own potential. Unavailable people are not worth the distraction. You do not have time and energy to waste on dead-ends.

If there is a downside to focussing your attention on living your own life to the best of your ability, I haven’t found it yet.