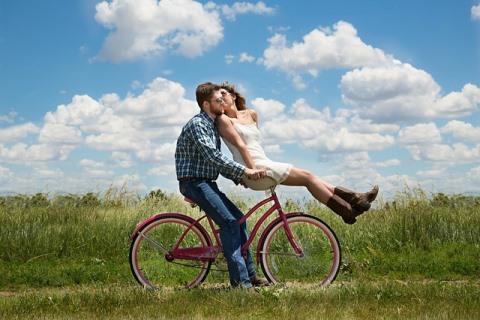 It mostly took the form of interviews and questionnaires, in which Tennov noted a number of consistent traits among many individuals who described their experiences of being in love. She defined limerence as a new term to encompass the features of this common experience. They are (paraphrasing and simplifying slightly):

This of course fits with Tennov’s core thesis: that people can be understood as fundamentally different in their experience of love. As limerents and non-limerents. (Either, of course, can be “limerent objects”, which really is an apt coinage. Limerence is projected onto the recipient of desire; they become a screen for the movie that is playing out in the mind of the limerent. They are treated as an object, not a human being seen in their full complexity).

But as with all things worth studying, there is more complexity and subtlety once you start to investigate more deeply. A defining feature of limerence, which probably does separate it from “puppy love” or “a crush”, is the involuntary nature of the experience once it has taken hold. I think this is most readily understood in the case of intrusive thoughts. “Oh I daydream all the time about him” doesn’t really get close to the invasive, relentless and compulsive nature of limerent rumination. You can’t turn it off. You can’t read a book, because every other sentence triggers a thought-bridge back to Them, and that’s it: concentration is impossible. You can’t listen to music, because all songs are about Them. You can’t seem to have a conversation with someone else without finding yourself mentioning Them in relation to… well, anything. They become the central force of gravity in your life. A black hole of attraction.

Urgh, sounds awful; but that’s the other weird feature: it isn’t. Certainly not at first. Mutual limerence experienced by two individuals free to express their feelings is, of course, surpassingly blissful – the “ecstatic union” described by Simone de Beauvoir and inspiration for uncountable numbers of poems and songs. But even in times of uncertainty or adversity, the sensation of limerence can be highly pleasurable in itself. The rush of excitement at the perception of mutual attraction. The thrill of power and hope when you make LO laugh. The intoxicating sense of buoyancy when in the presence of a happy LO.

And intoxication really is the best word I can think of to capture the sensational overload that comes with limerence. Love intoxication. It’s addictive. Like a junkie, limerents indulge themselves whenever they get a chance. “Oh good, a moment alone. I can have a nice fantasy about LO”. “I normally take that route home, but if I take this small diversion in completely the opposite direction I may just happen to bump into LO”. “I better just text LO about this important bit of trivia….. Yes! They’ve responded!” But like any other addiction, after a while the exquisite spike of pleasure can devolve into a habit, and then a craving, and then an impediment to the proper, healthy sources of happiness and fulfillment in life.

So, on the principle that the blissed-out mutual limerents are too distracted to bother with reading a blog like this, I’m going to focus most of my posts on trying to understand limerence as a phenomenon, with the goal of devising means for enjoying it as an addictive stimulant to be indulged in at the appropriate times to the appropriate degree. I do believe that limerence can add vivid colour to life, without compromising the pursuit of meaningful happiness.